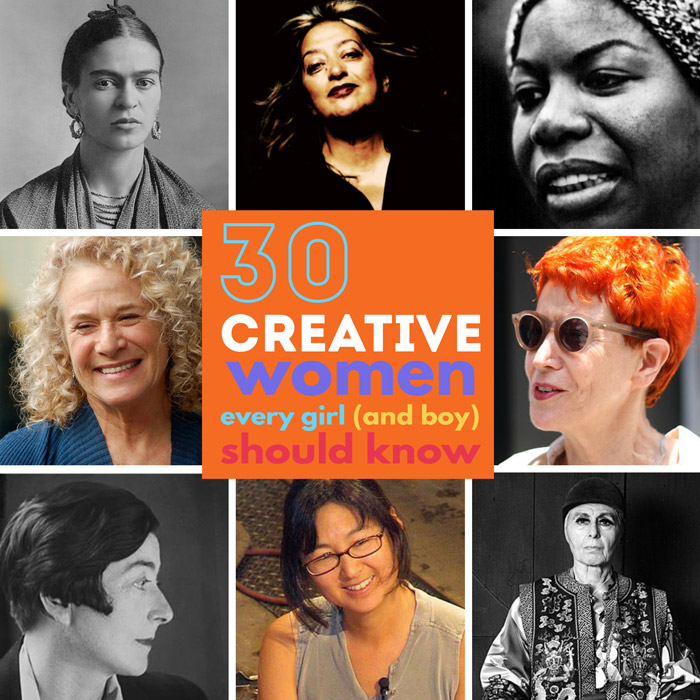 Let’s face it, despite the amazing progress women have made this past century in terms of equal rights and access to education and good jobs, we are still an underrepresented minority in many professions, particularly creative ones. To prove my point I opened up my  Art of the 20th Century

book (a fantastic encyclopedia of modern art) and flipped through page after page without a single female name popping out. Ah! So where is a young girl to look for positive creative female role models? 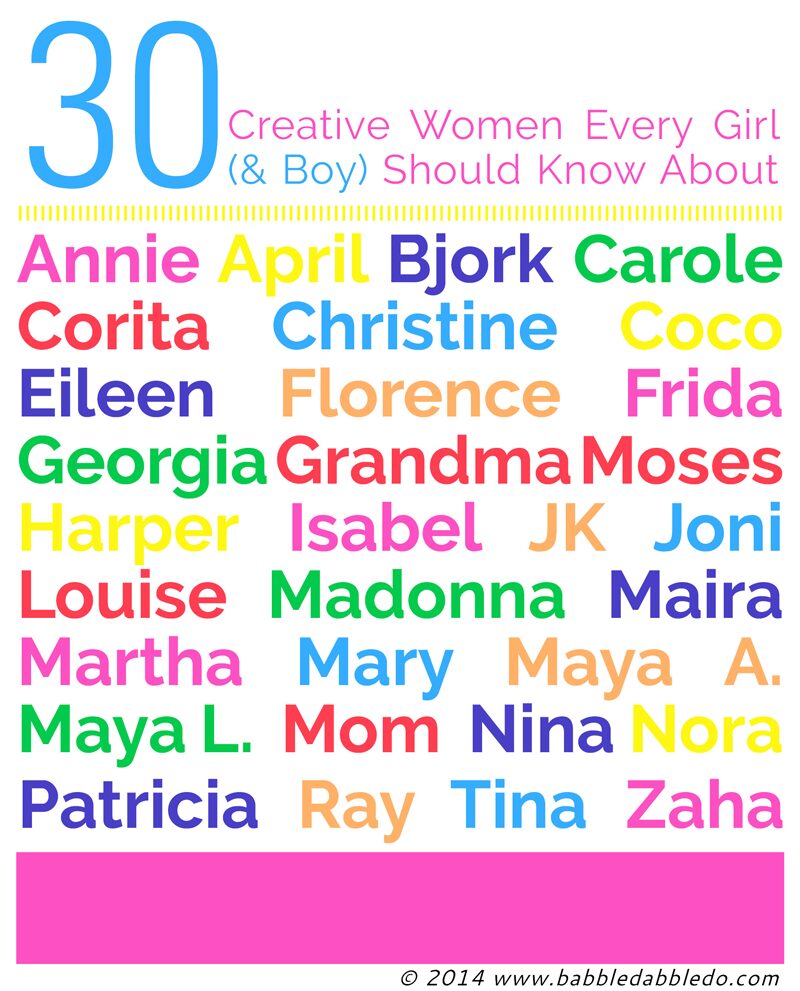 You can start here. Today I am introducing you to a few of the women my friends and I have looked to for inspiration in our creative careers. This is by no means an exhaustive list but I think it’s good place to start discovering some wonderfully talented creative women that every girl (and boy) should know about.

Note: I also want to preface this list by saying that I limited it to 20th century creatives in the professions below but that by no means is this representative of the numerous creative fields out there.

And don’t miss the word search and crossword puzzle to go along with this post! 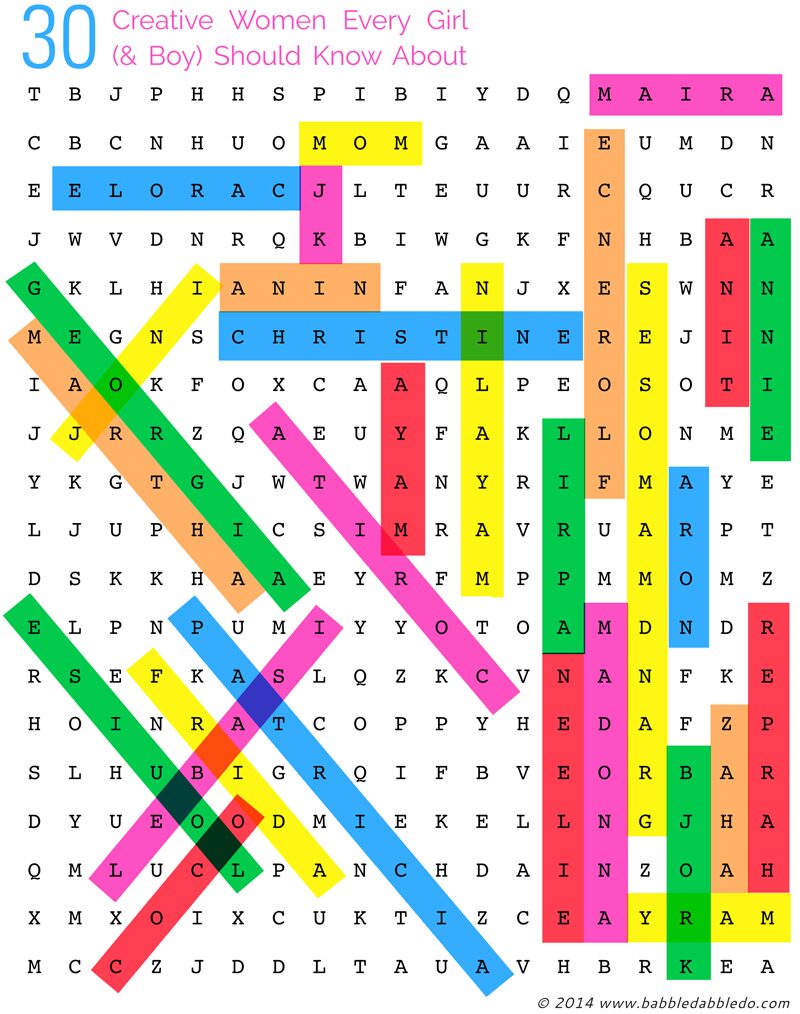 Okay to go along with this post I completely geeked out and made you guys two downloadable puzzles. A word search and a crossword puzzle! You can download them below. Here is a preview. 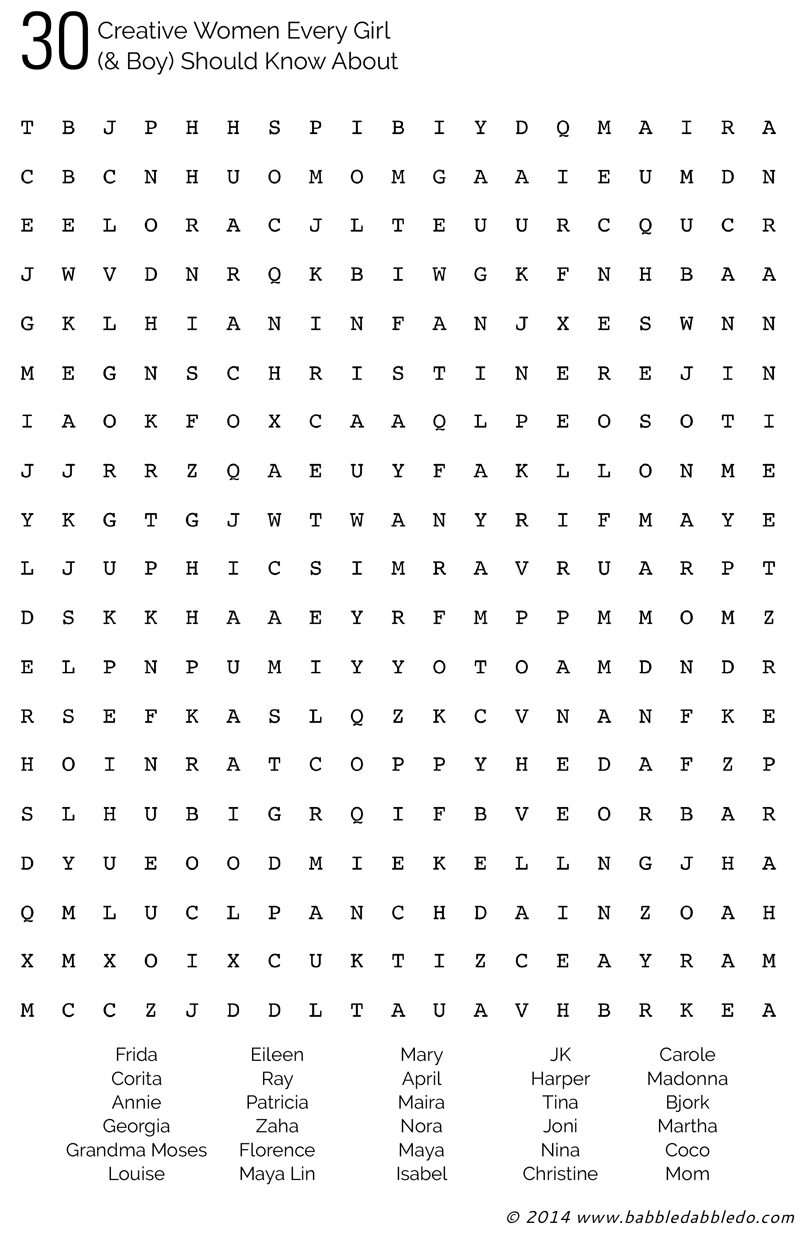 Wanna inspire more young women to take on creative professions in life? Here are some great books oriented for children to get you started! 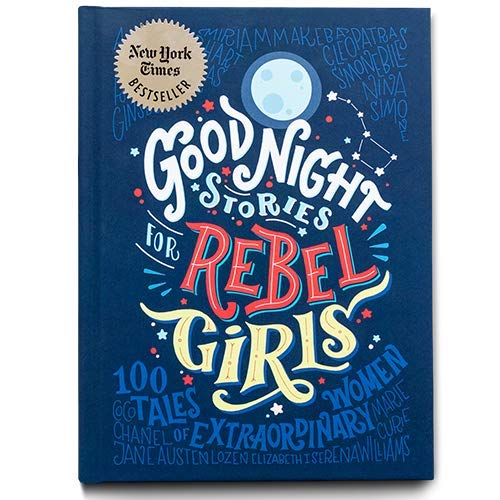 What creative woman has inspired you?

Fill your child’s life with more art, design, and science.

Subscribe to our free newsletter and check out our FB page where I share tons more creative ideas and resources from around the web. 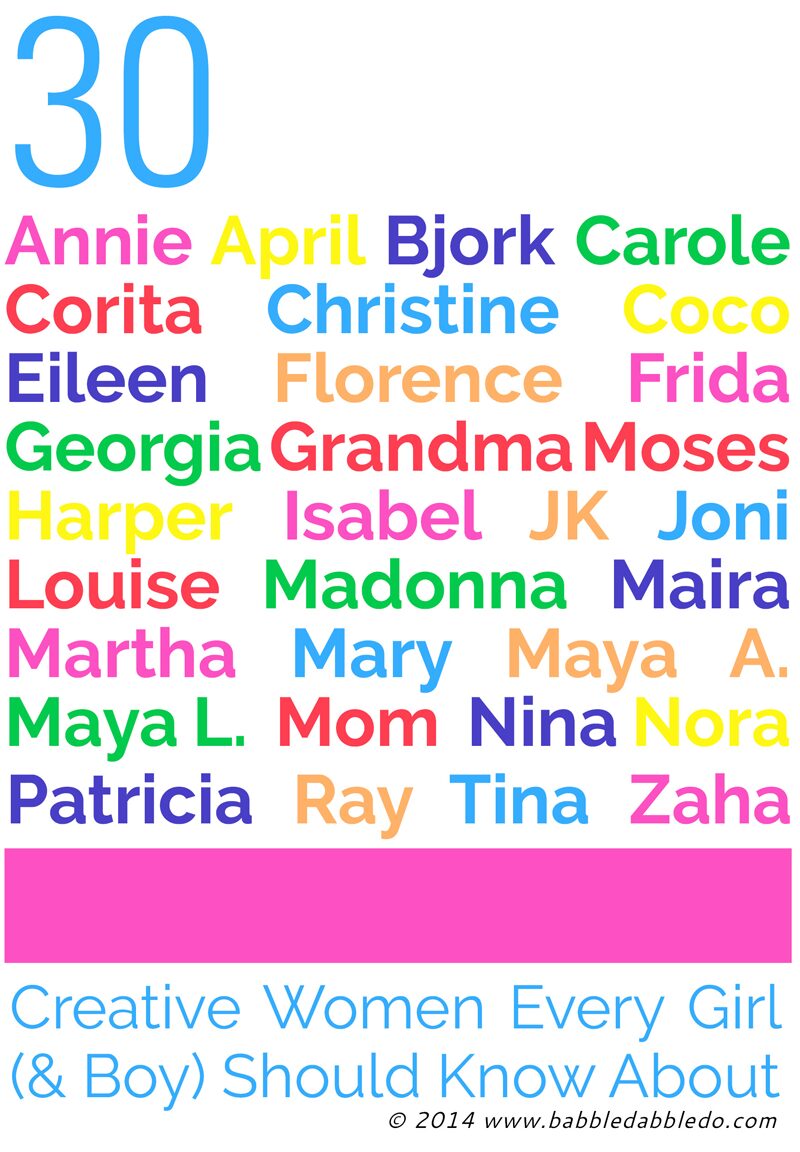