You are here: Home / Science for Kids / All The Slime Science You Ever Wanted to Know
100 shares

A lot of folks are quick to dismiss slime as a messy and trendy activity that kids are obsessed with. Many parents have rolled their eyes (including me) when trying to clean up yet another trail of slime that leads to the bathroom sink, but here’s why you should be thrilled your kids love slime: There is a ton of science in slime making! 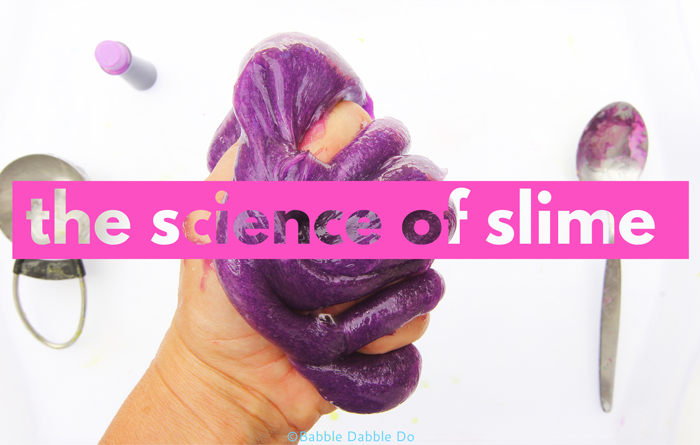 Let’s talk about some of the scientific concepts on display when you make slime:

Chemistry is the branch of science that studies matter and how different substances (especially molecules and their atoms) interact, combine, and change to form new substances. Slime is at a most basic level a chemical reaction where two substances combine and their molecules are rearranged in the process.

At a molecular level, when you make slime the glue’s protein molecules crosslink with the borate ions (electrically charged molecules) in the activator, forming a new substance we all call “slime.” In a chemical reaction the substances cannot be separated again once they are mixed. Once slime  ingredients are combined you won’t be able to separate it back into glue and activator again. 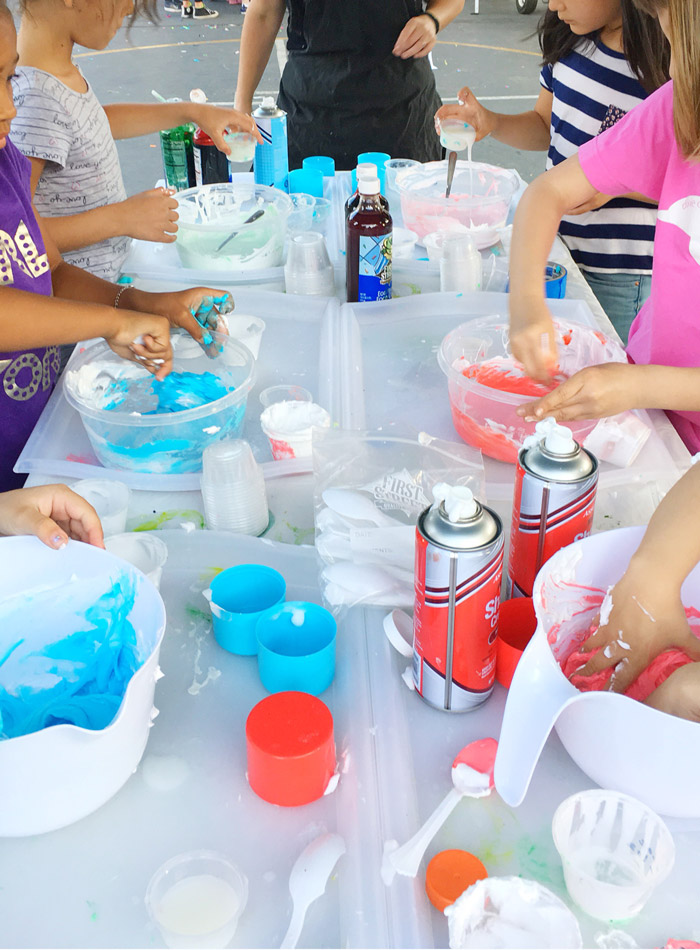 Is Slime a Polymer?

You bet! Slime is what we call a polymer. A polymer is a substance made up of a long chain of molecules that repeat. These chains are able to slide past each other.

Glue is also a type of polymer. Common slime “activators” such as borax, liquid starch, and saline solution contain sodium tetraborate. When mixed with glue, borate ions crosslink with the glue’s protein molecules, making them larger molecules that can no longer easily slide past each other. You have now made a new polymer! Other polymers you may be familiar with are plastic baggies, instant snow, and balloons.

Slime teaches about viscosity (and how temperature affects it)

Viscosity is how scientists measure the friction in a liquid and determines how fast or slow a liquid flows. Water has a low viscosity and flows quickly while liquids like slime, corn syrup, soap, and molasses have a high viscosity and move slowly.

Viscosity is affected by temperature. The warmer a liquid is, the more apt it is to flow quickly, cool it down and it flows very slowly or even stops.  Think about a bottle of syrup stored in the refrigerator. It’s hard to pour out, but when it warms up after a few minutes is it much easier to pour. This is one of the reasons why the warmer your slime is the more stretchy it becomes!

Clear slime really illustrates how much temperature can change viscosity. Clear slime is usually more rubbery than slime made with white glue. When our clear slime breaks apart I tell my kids and students to leave it outside in a sunny spot for ten minutes. Once it’s warm it’s nice and stretchy again! 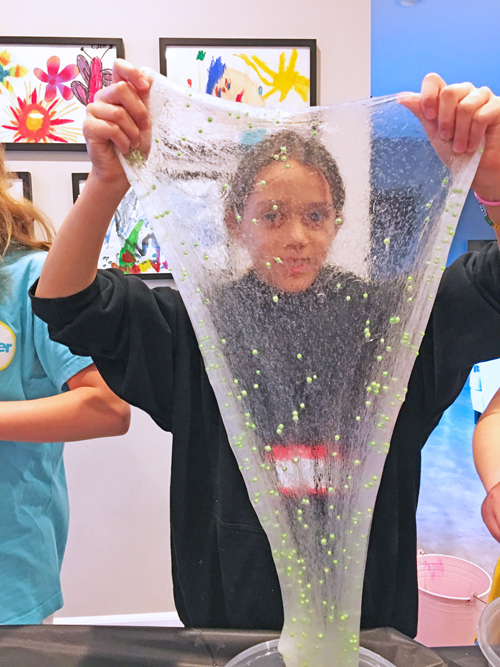 Slime is a Non-Newtonian Fluid

Slime is an example of a non-Newtonian fluid, a term for a fluid whose viscosity changes depending on pressure. You can form slime temporarily into a shape but let it rest and it becomes a pool of goo. Another really good example of non-newtonian fluid is oobleck. 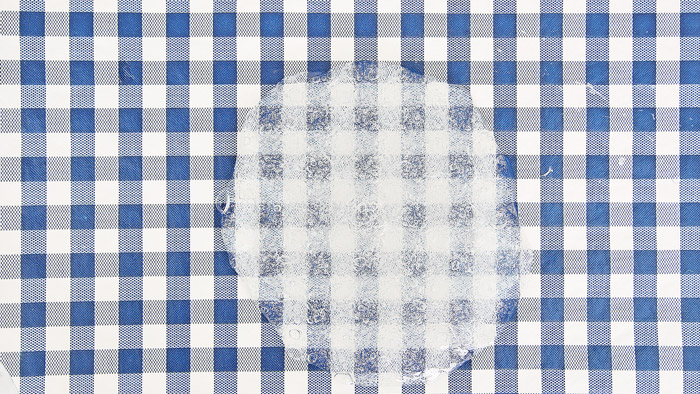 What is shear thickening?

I usually tell kids to handle slime like they are making pizza dough, quickly and forcefully. When you dip a finger in slime and slowly pull it out, the slime sticks to your skin. But apply that pressure and stress and the slime starts behaving like a solid. Now it will stick to itself, not your skin! See the difference in the image below? 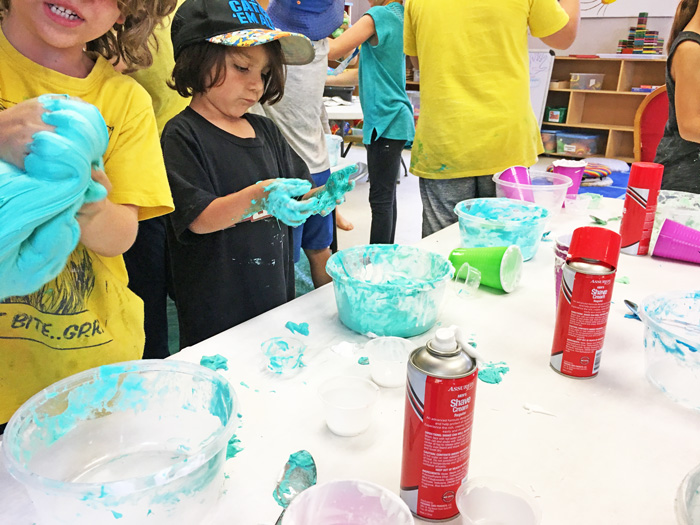 If you are making slime with kids in the classroom, at home, or for an event print out our Science of Slime Fact Sheet for all the science facts! 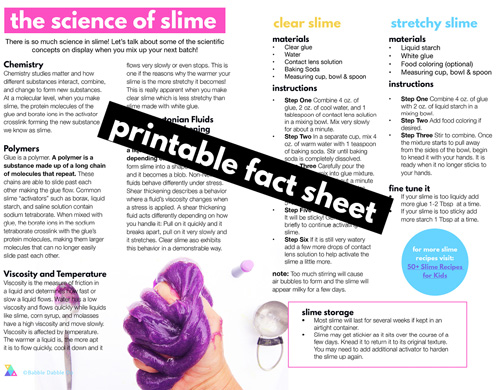 Beyond science, slime is a wonderful way to introduce more learning objectives! Slime making touches on math and ratios, developing problem solving skills, and more. If you’d like to know more hop over and read 5 Reasons Kids Should Play with Slime 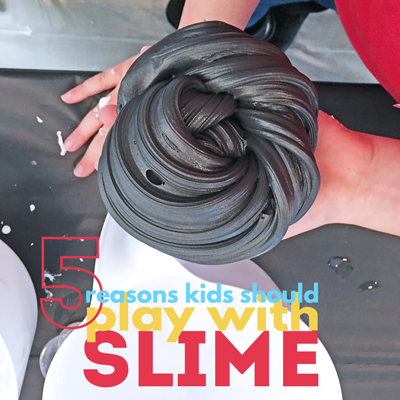 If you have been reluctant to try slime because you think it’s unsafe, the post above also covers slime safety information!

Lastly if you are convinced that you now MUST try slime making at home or in the classroom I’ve got recipes…Hop over here for 50+ slime recipes from basics to advanced! 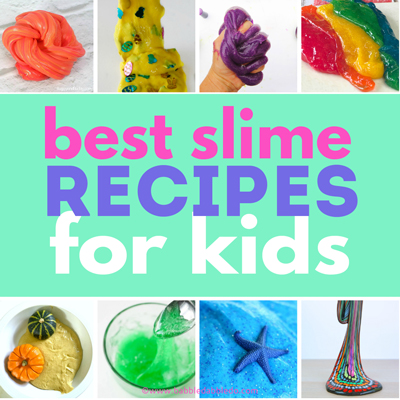 Oh and if your kids love chemistry there are so many more fun experiments for them to try here at 50 Chemistry Project for Kids. 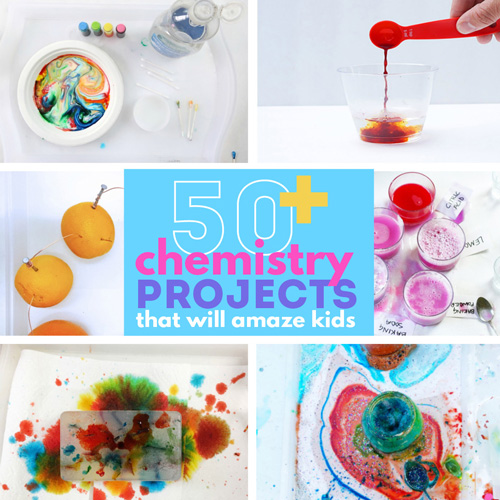 Share This
100 shares
We use cookies to ensure that we give you the best experience on our website. If you continue to use this site we will assume that you are happy with it.OkRead more