Chalk is one of those basic art materials that all children should be using along with things like playdough, crayons, markers and clay. There are endless possibilities with chalk activities, from drawing to game playing, to decorating any number of outdoor surfaces. This crazy mama also loves to make chalk. And I’ve spent well over a month developing this project. It started out as something completely different and morphed into this: Chalk Rocks! 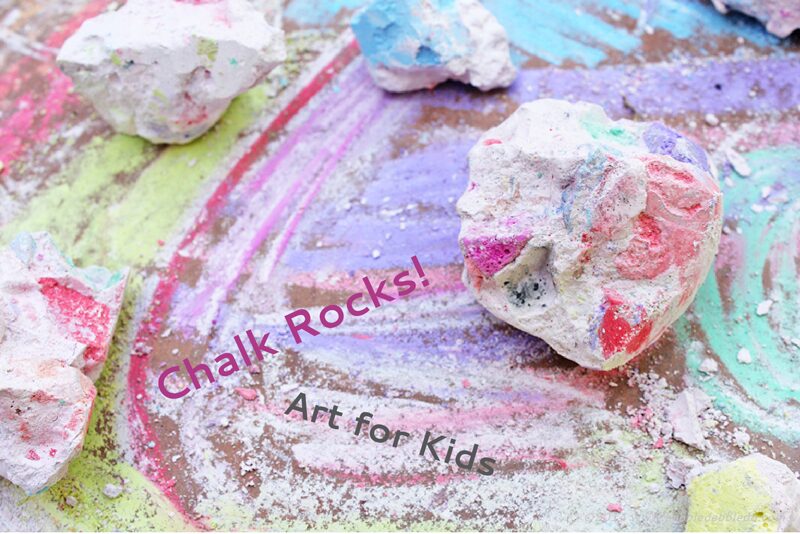 Let me start with a disclaimer only because I can already hear some people ask this basic question: “Why would you destroy good chalk to make chalk chunks?” Well, I initially dreamed up this activity as a way to make use of all those bits and pieces of broken chalk you have lying around and I stand by that reason for making chalk rocks; it’s a great way to upcycle old chalk. But after much trial and error with this project, I ran out of chalk bits and had to buy chalk just to break it. Ah the perils of crafting…anyhoo, if you don’t have loads of chalk bits lying around you can use new chalk, I think making “rocks” is a fun and worthwhile activity in and of itself. 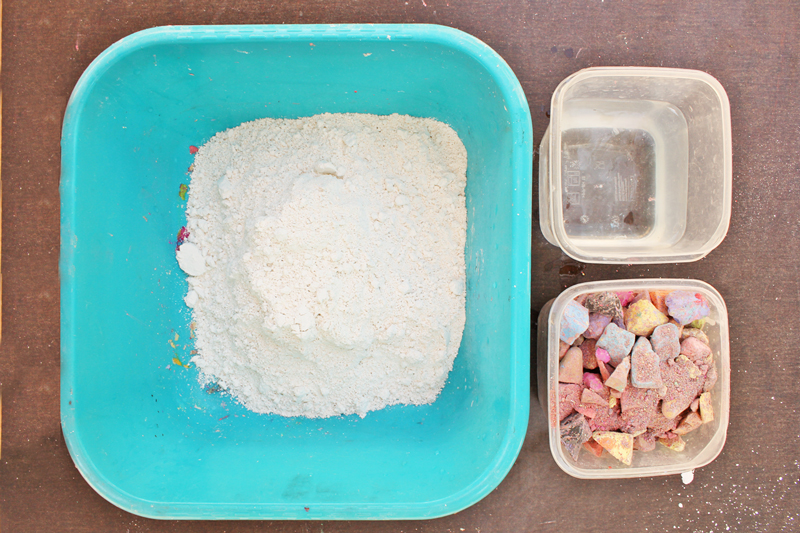 This is a two-part project. The first step involves making a few large chalk rocks and the second part involves breaking them into smaller chunks. Including drying time this project will take about 4 days to 1 week. 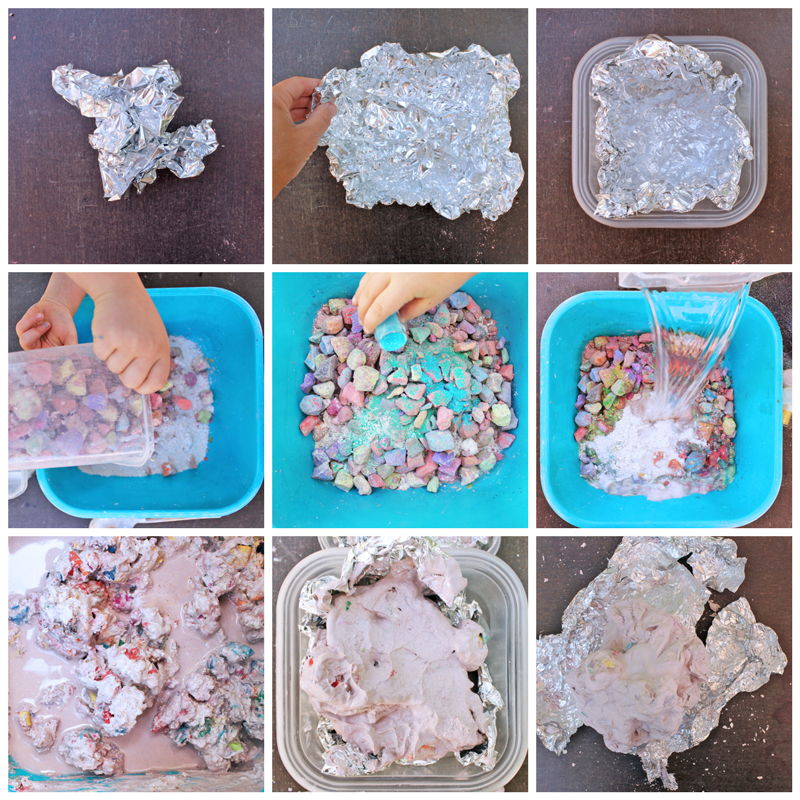 NOTE: Adults ONLY should handle the mixing part of this project. Plaster of Paris heats up as it cures and can burn the skin.

Now for the fun part, let’s break those rocks into smaller pieces and see some color! Place the large rocks on a cookie sheet (or the ground like we did!). With adult supervision allow your kids to break them into chunks using a hammer. The ultimate goal is to break these into chunks you can easily hold in the palm of your hand.

You’re done! Use these chalk rocks like you would any other sidewalk chalk. The fun part is seeing the different colors appear when you draw with them. 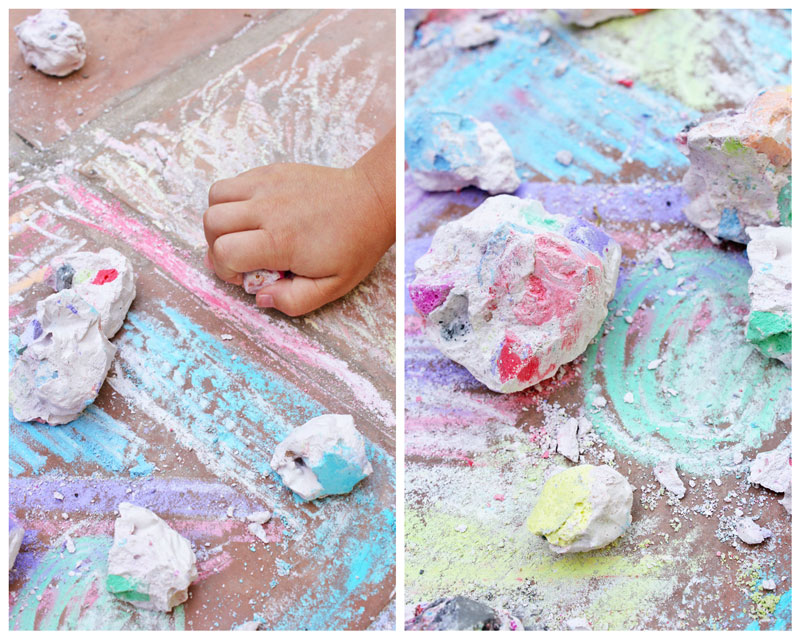 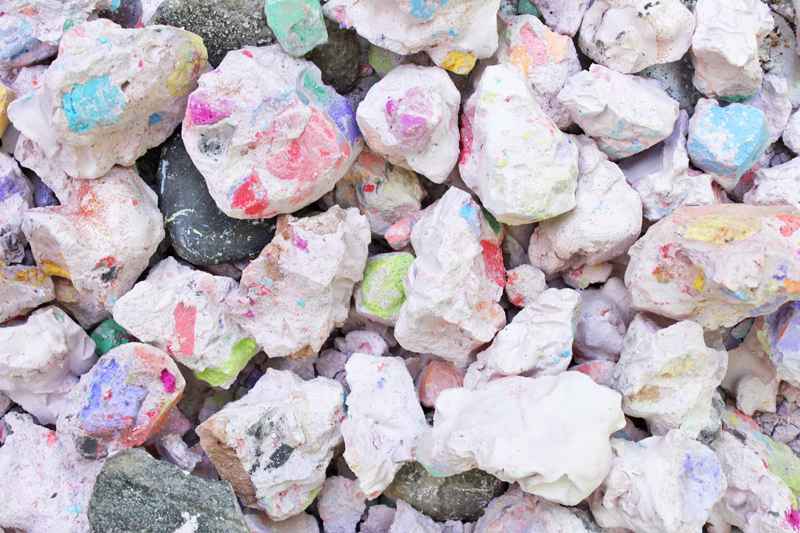 Duane Hanson. How am I drawing a parallel between chalk rocks and pop/hyperrealist artist Duane Hanson? Well, the idea of making something to simulate a real object, as we did with chalk rocks, immediately conjured up images of the Supermarket Shopper by Duane Hanson. It’s an art piece I remember vividly seeing in books as a child. Duane Hanson created life size and incredibly realistic sculptures of people and his work is full of social commentary. While some of his pieces are not suitable for young ones (during the 60s he created works that tackled subjects like drugs and homelessness) his Tourist Series is a great one for kids as well as the Guard Series, where he created museum guards and placed them in museums; they look so real! If you aren’t familiar with his work definitely have a look.

Making homemade chalk is fun activity for kids. It’s not necessarily a budget buster as chalk is so darn inexpensive but it is a project that will teach kids about how to make a product and then allow them to use the product afterwards. And sometimes I have to admit I like making a project just for kicks. This is definitely one of those random, weird, and fun things to try! 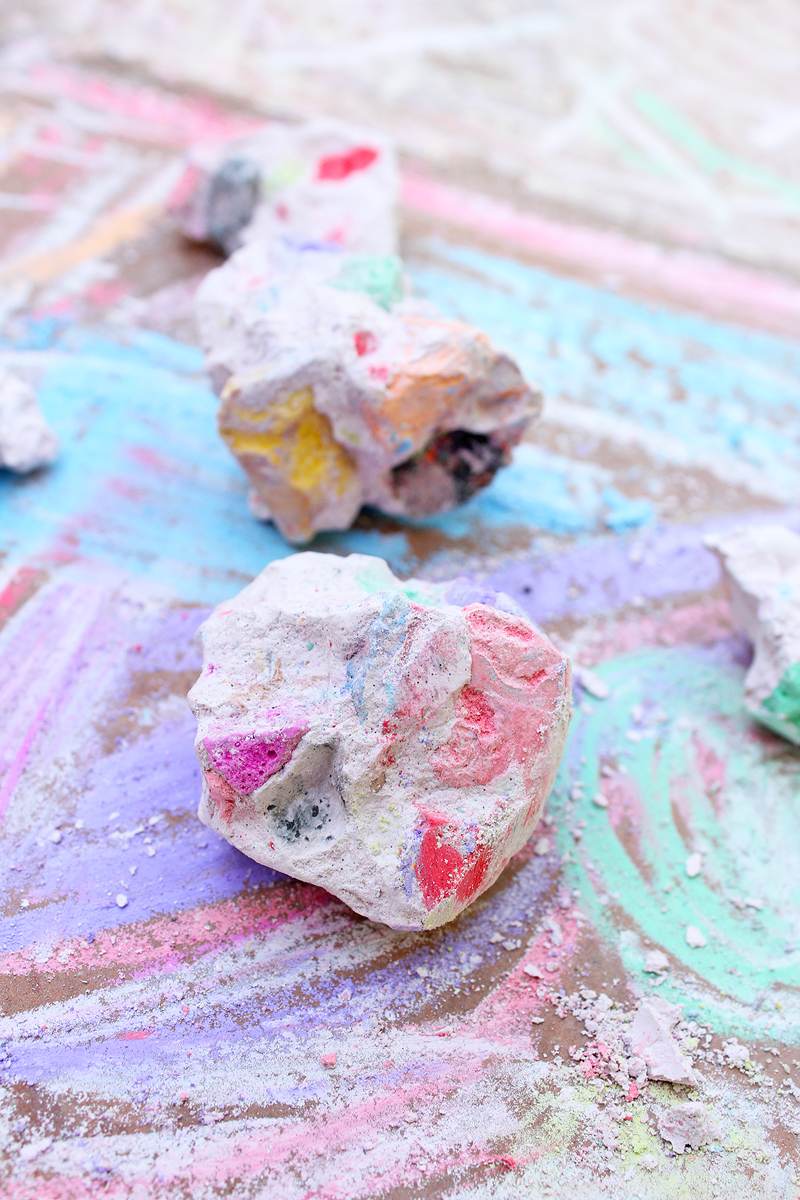 And don’t miss out on more art here on Babble Dabble Do! Your child’s inner Duane Hanson thanks you! Subscribe below or like us on FB!

Share This
289 shares
We use cookies to ensure that we give you the best experience on our website. If you continue to use this site we will assume that you are happy with it.OkRead more