I’m obsessed with suncatchers. But I’m guessing you guys are too since one of the top posts ever on Babble Dabble Do is Cosmic Suncatchers.

When we recently made Neon Slime I accidentally left some slime out on the table and it dried up and became translucent. Then I had one of those crafty “Ah Ha Moments!” Maybe we could turn our bits and pieces of leftover slime into suncatchers. So we did, and these babies stick to glass like window clings as a bonus!

I love the way these look. They color and transparency changes as they dry and they are really easy (albeit messy) to make. So the next time you make slime set some chucks of different colors aside and turn them into galactic art!

Note: THIS PROJECT IS MESSY! Spread out a large sheet of paper on your work surface, the drippy slime gets everywhere.

You’re done! These can be removed from glass by gently peeling back a section and pulling. Once removed they will not be able to be re-adhered but you can hang using tape or a string.

Asimov also wrote non-fiction, was a leader in Mensa and the Humanist Society, and is fascinating figure for his broad creative and scientific works.

What I love about this project is the two in one nature. You can start by simply making slime with your kids, which is a guaranteed boredom buster, and then use some it to make something lovely for your window. This would be a great double whammy project for the summer time. 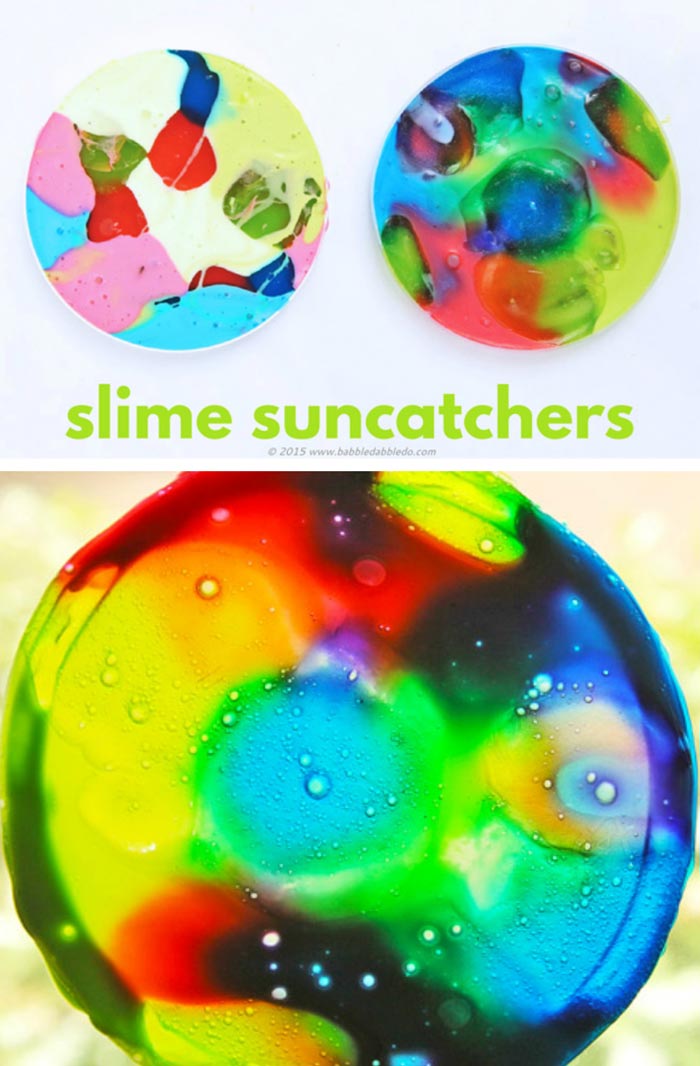 Share This
2923 shares
We use cookies to ensure that we give you the best experience on our website. If you continue to use this site we will assume that you are happy with it.OkRead more