I love to make DIY toys and spinning tops have been on my to-do list forever. I just hadn’t come up with a super simple way to make them. Until now. As often happens in the world of design you start working on one project and find the answers to another entirely different project along the way. These were originally going to be the wheels of a mini racecar, until I thread one Perler bead wheel onto the axel and realized I had a killer spinning top on my hand. Plus it was colorful and easy to make! Add to that the bonus of illustrating not one, but TWO scientific principles (white light and angular momentum) and I got a little giddy over this project. 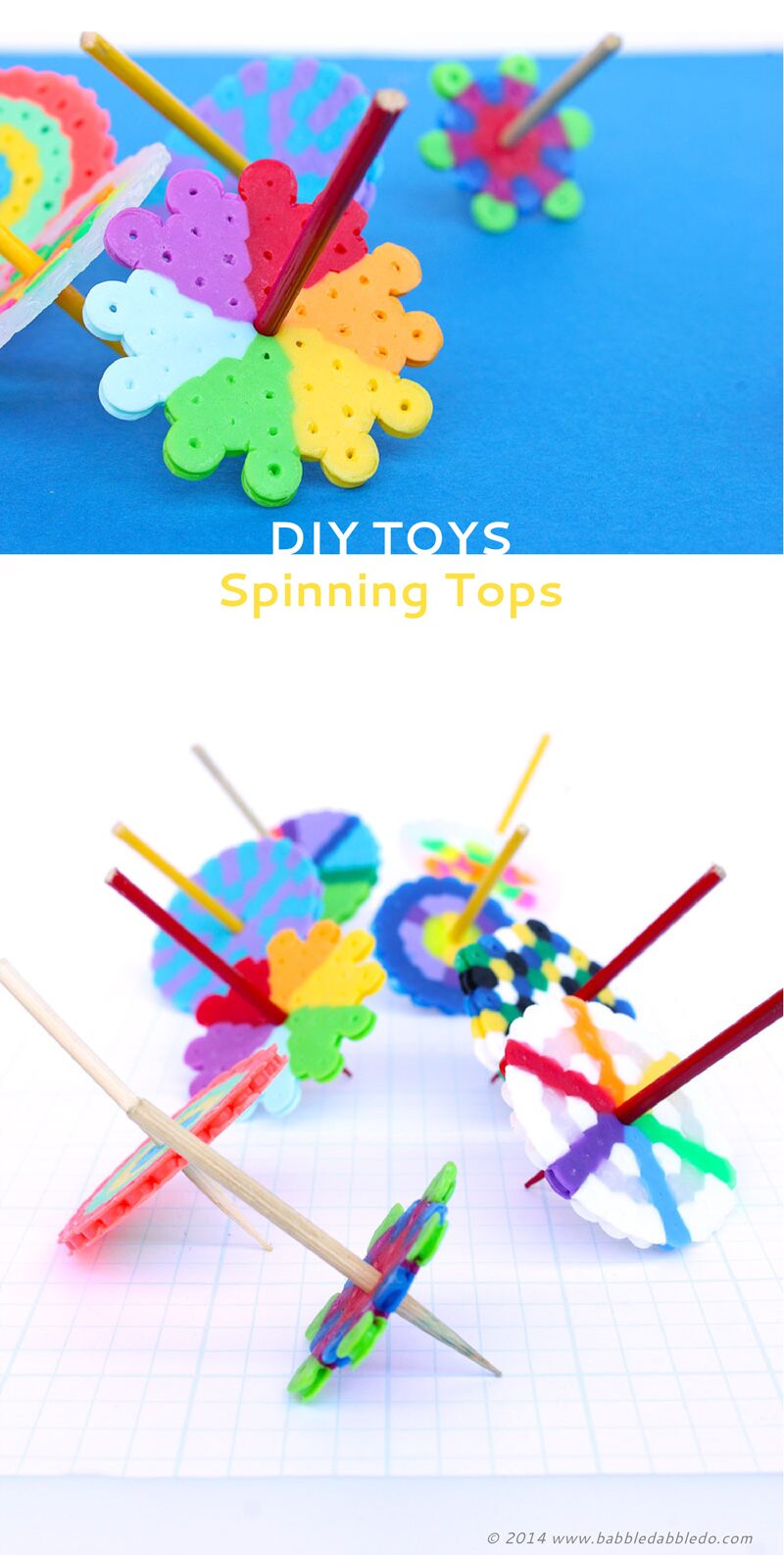 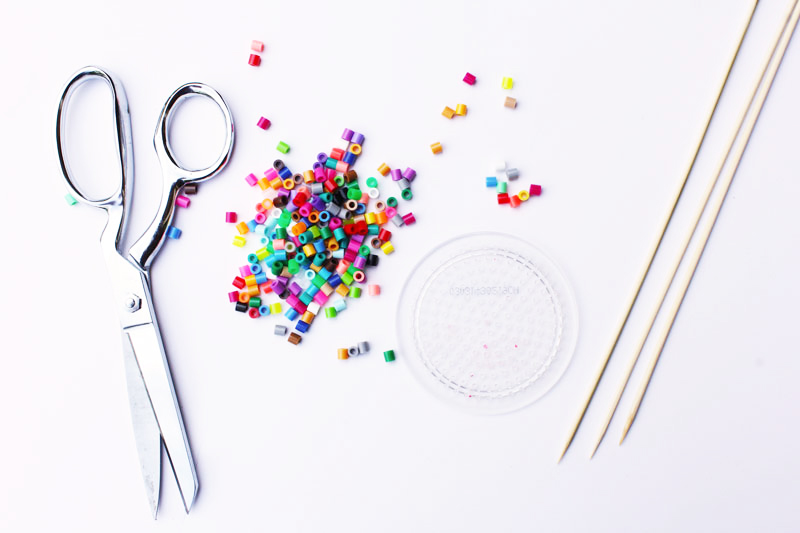 Type A Makers Only: Spray paint the bottom half of your skewers and let dry. 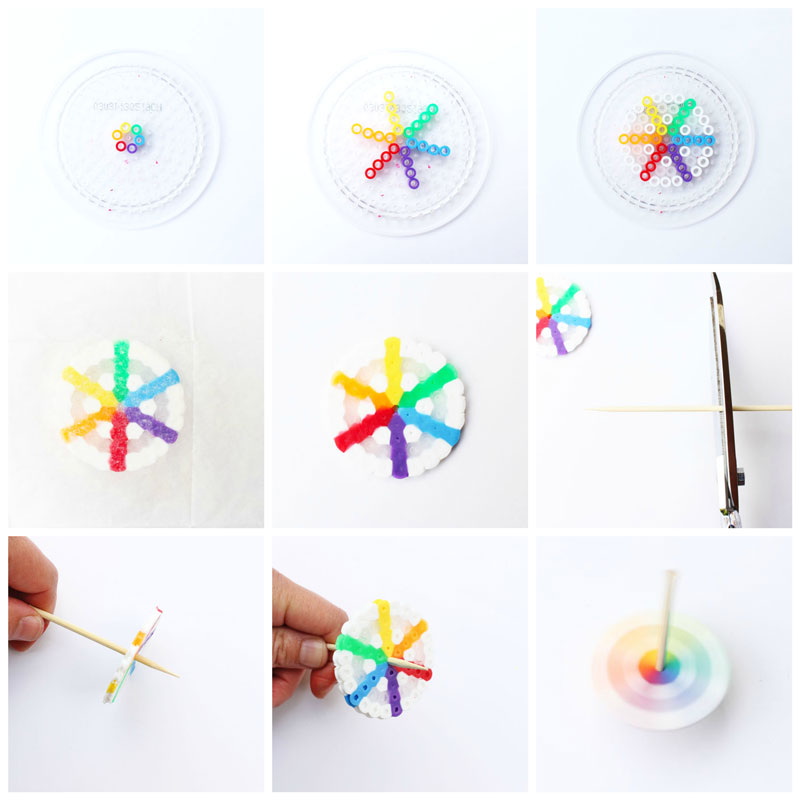 You’re done! Take that puppy for a spin! If your top doesn’t spin well or is wobbly adjust the disc to make it as flat as possible when the top is in the upright position. To make a Magical Disappearing Color Top you will want to use the perler bead layout shown above with only red, orange, yellow, green blue, and purple (indigo/violet) also known as ROY G BIV.

Do you know what color results from combining the colors of the spectrum? Did you guess white?

Here is a fun spin (pun intended) on this project. See what happens when the colors of the rainbow are spun so fast they blend together. Guess what? You eye blends them into white, yes white! Try it! The colors will disappear for a moment as the top is spinning and blend into white. It’s the same idea as sunlight which is actually made up of ROY G BIV only our eyes can’t see that unless the light is separated, like in a rainbow or using a prism. 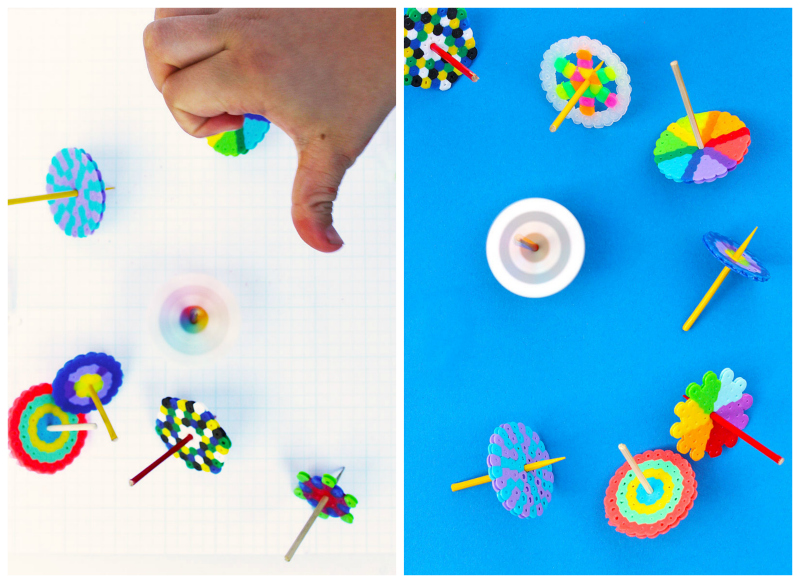 It turns out that the physics behind spinning tops is really complex. It’s even hard for mathematicians to explain to kids, trust me I googled a lot of articles and was still scratching my head after most of them. What I did gather is that spinning tops illustrate the concept angular momentum, which is the amount of rotation an object has based on shape, size, and speed. Tops spin indefinitely on a pointed axis until friction eventually kicks in and causes them to spin slower eventually losing enough speed to make them wobble and fall. Tops are also the most basic form of gyroscopes, spinning on one single axis. If you are interested in more detailed explanations of the science behind spinning tops and gyroscopes check out this thorough article, which also shows you how to spin an egg! 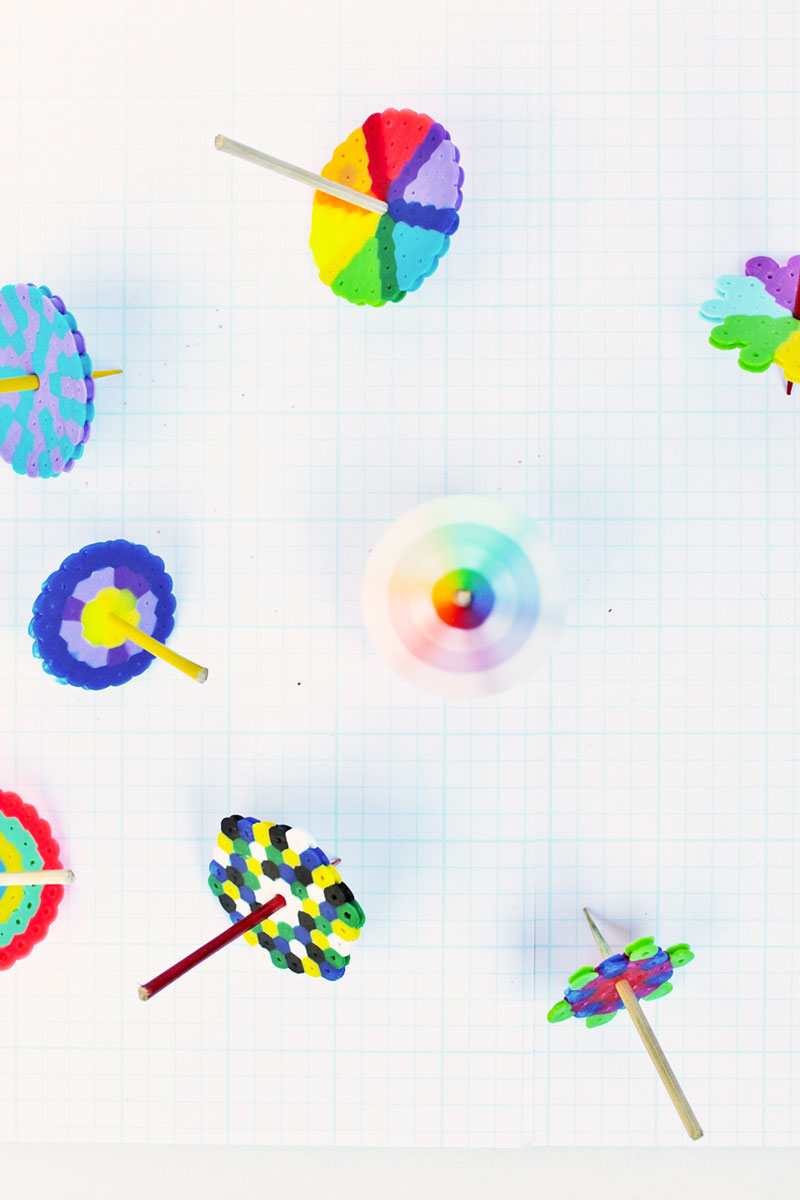 Leon Foucault. Foucault is probably best know for the Foucault pendulum but he also went down in history as the scientist who coined the term gyroscope. Foucault was a French physicist who lived during the 1800s and made a number of notable scientific contributions including his Foucault pendulum, Eddy currents, and the Glan–Foucault prism. Even though he did not invent the gyroscope he did use the device to demonstrate that a spinning mechanism could maintain its orientation and remain unaffected by the earth’s rotation. Since tops are primitive gyroscopes I was reminded of Foucault and the marvelous, almost magical devices he popularized.

DIY Toys are fun to make for a variety of reasons, they are a great way to teach kids to be self reliant in today’s digital world, classic toys like this one illustrate a variety of scientific concepts, and DIY toys are just plain fun to play with! Spinning tops are one of my very favorite classic toys and using Perler beads to make the sinning discs makes them super simple to throw together in 10 minutes TOPS (another pun intended)! 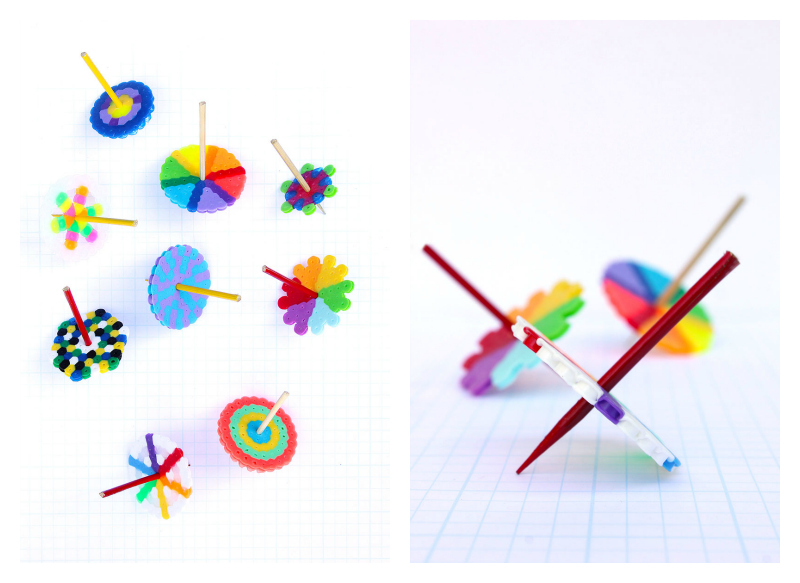 If you enjoyed learning how to make a spinning top, we have more DIY spinning  toys + loads of other homemade toy ideas here: 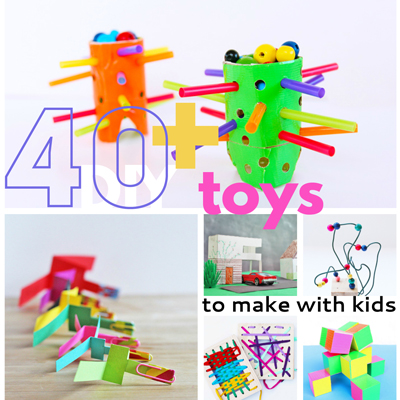 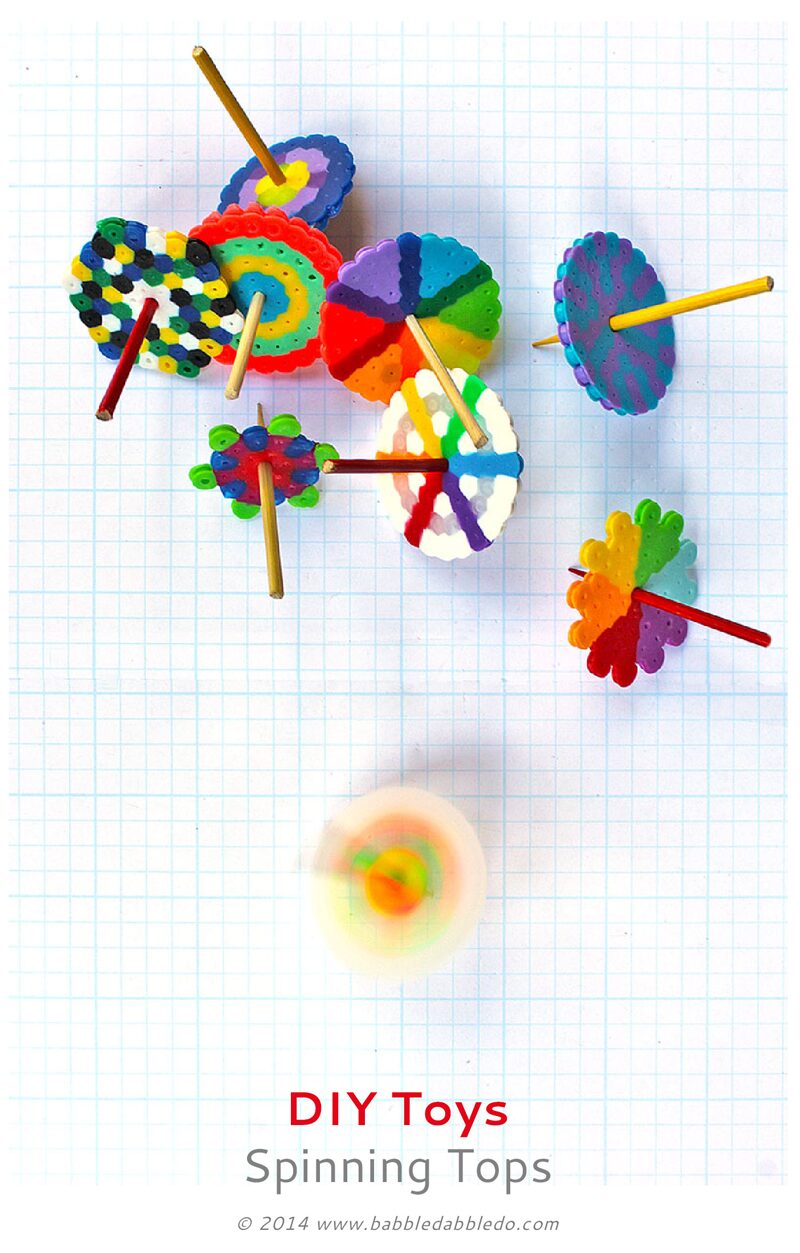