You are here: Home / Design for Kids / The Easiest DIY Geoboard
207 shares

Have you ever made a geoboard? We have, three times over. I am of the belief that there truly can never be enough geoboards in the universe…..ha! If you don’t know what a geoboard is, it’s a learning toy that involves a grid of nails or pins that children wrap rubber bands around. For little ones it helps develop fine motor skills and for older kids it’s a great tool for exploring area and perimeter in a hands-on exercise. 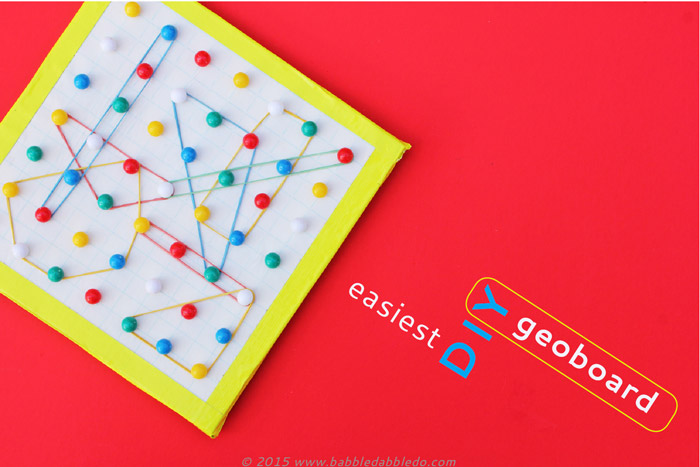 Geoboards can be purchased

but there are also loads of DIY versions. We made some basic geoboards here using cork and some constellation geoboards here using inexpensive trivets. Recently I was fooling around with a few of our art supplies and discovered how to make just about the Easiest DIY Geoboard EVER which I’m sharing with you today. The secret is using a layer of graph paper on top so you can easily place and space the pins on the board. 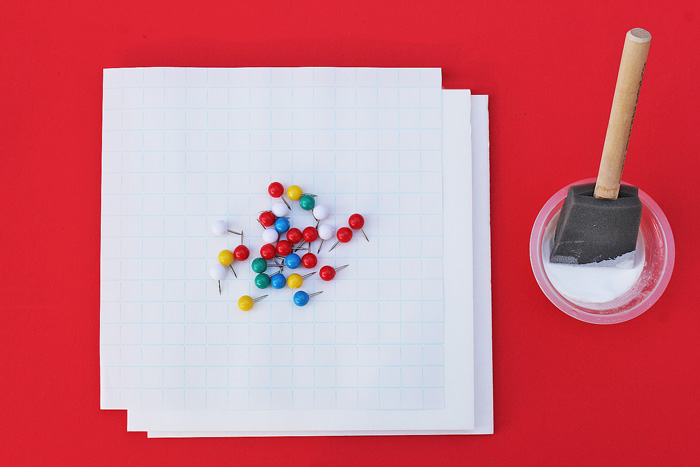 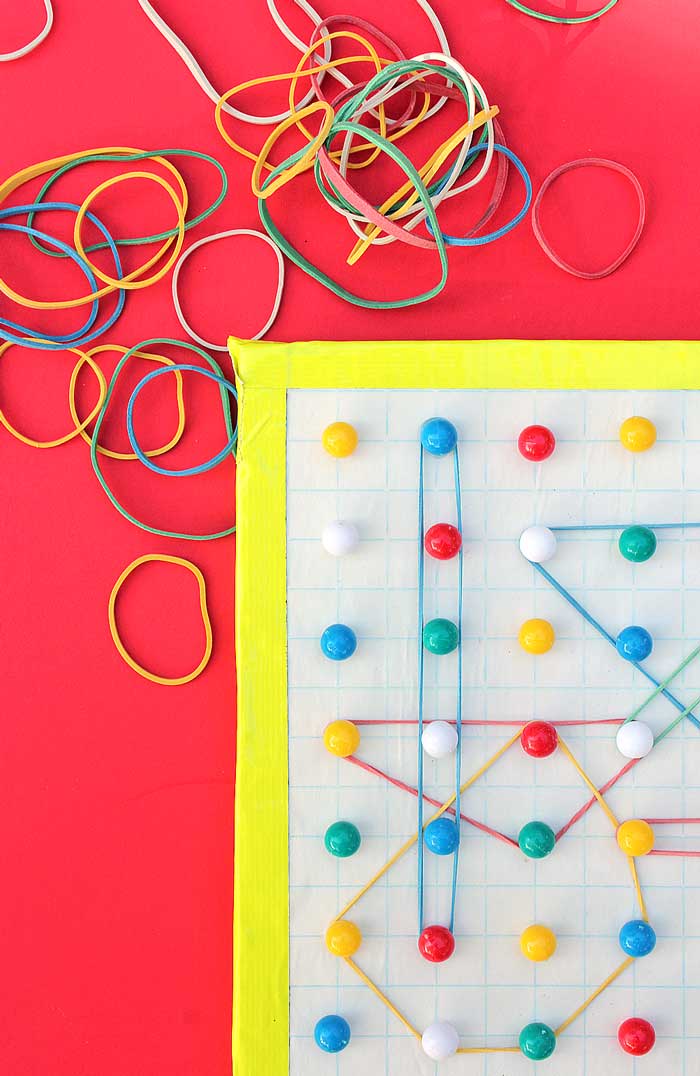 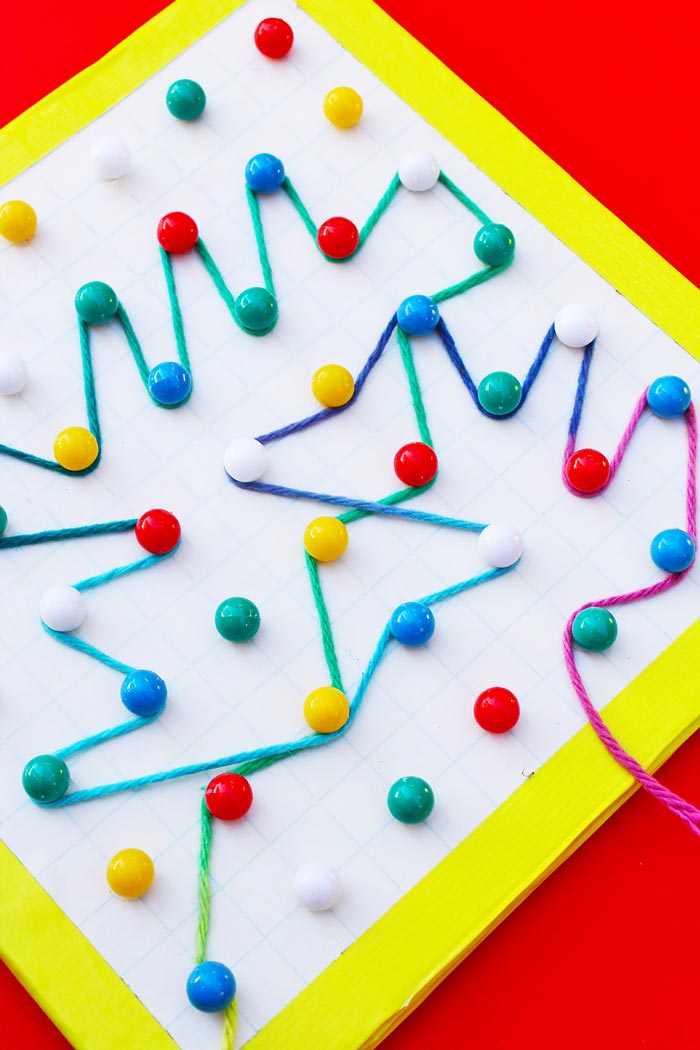 Sol LeWitt. Playing with basic geometry, shape, and color to create exciting and eye catching art is what artist Sol LeWitt did best. He started his career in the 1960s by creating three-dimensional sculptures based on the cube and his work quickly became synonymous with the movement called Minimalism. He continued using basic geometric forms as the basis of his work even into the 1990s when his art became more curvilinear; Mr. LeWitt always used strict guidelines for the shape and placement of forms in his less obviously geometric works. Take a moment to check out his sculptures here.

Was that the easiest DIY Geoboard to make ever? I kicked myself that I didn’t come up with these easy method ages ago. 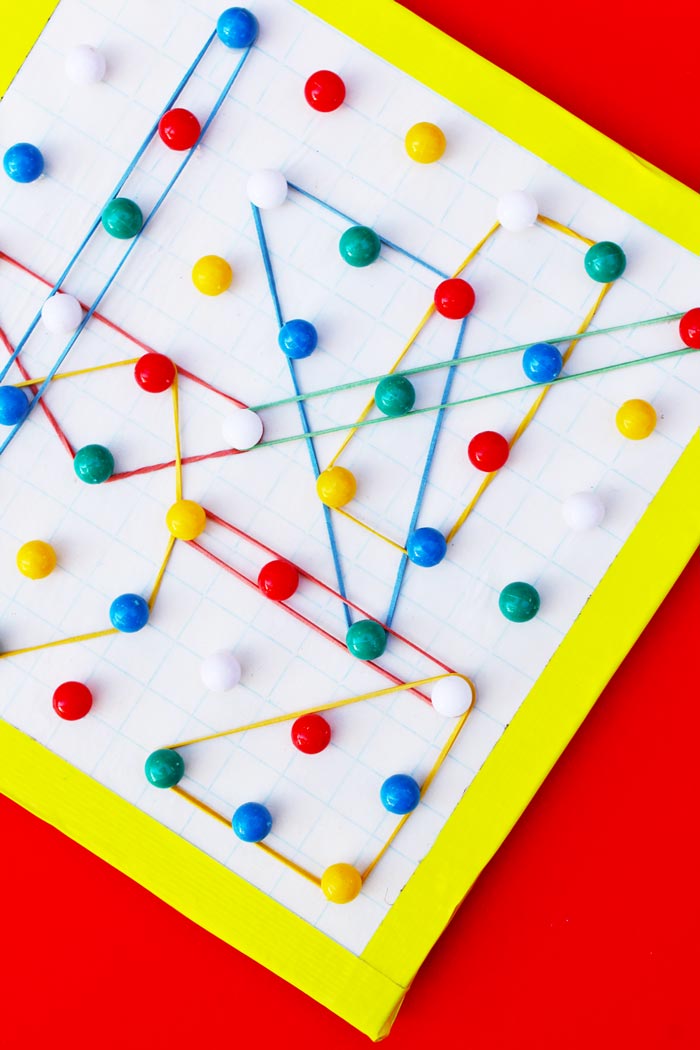 If you and your children have not had the pleasure of playing around with geoboards this is a great time to start!

Subscribe to our free newsletter and check out our FB page where I share tons more creative ideas and resources from around the web. 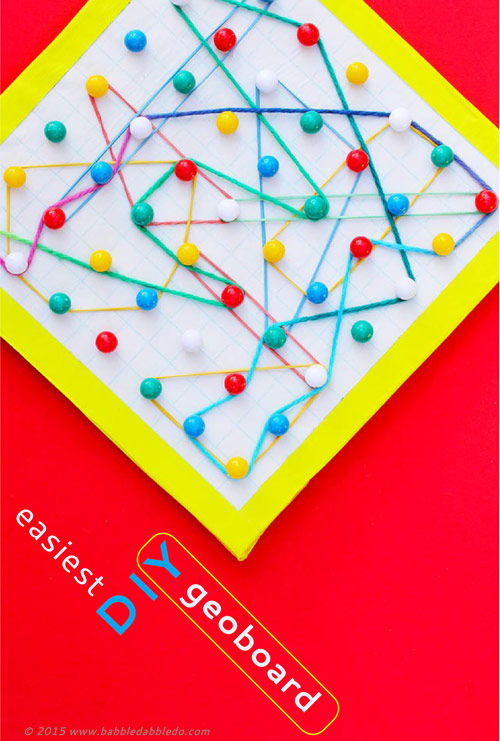 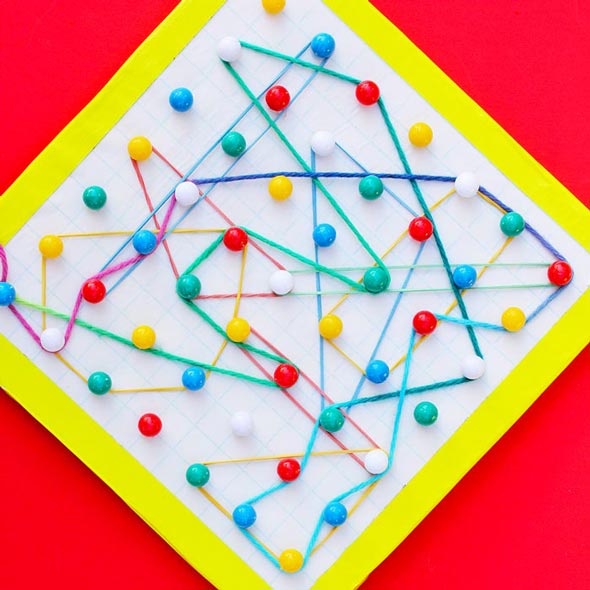