Science meets fashion in these DIY glitter bracelets for kids! Yes, you read that correctly, science meets fashion!  Did you ever think those two concepts could be combined in one kid’s craft project? Neither did I, but when I found a lovely idea for making glitter tubes in one of my craft books, I decided they would also make great jewelry for kids! 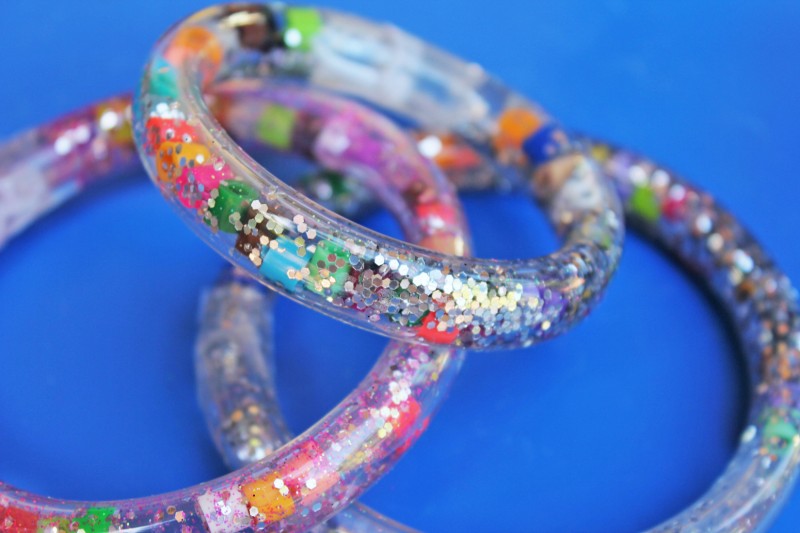 An environmental  word about glitter:

This post was originally published in 2013 when the dangers of microplastics were still vastly unknown to many folks. Since then there has been increased public awareness about the dangers of micro plastics like glitter. Glitter is a microplastic and because it is so tiny and sticks to hands most people end up washing it off. Where does that glitter go? Once it makes its way through the sewage system it usually ends up in the ocean. And that’s terrible for marine life!

Microplastics are polluting our oceans and harming aquatic animals who end up ingesting them. Because of their size micro plastics are nearly impossible to filter out of waste water, so the best way to avoid them getting into the ocean is to stop using them entirely and/or avoid washing them into our water systems.

So what’s a maker to do?  Glitter makes so many projects irresistible and kids and adults love it! Here are some things you can do to use glitter responsibly:

In a nutshell before you use glitter think about wether there is a good alternative material. If there isn’t, be sure that you properly clean up glitter so that it doesn’t inadvertently end up in the ocean.

Now, in all fairness we made two versions of this project, one with a science twist and one that’s just stinkin’ cute. And since I often get carried away with variations I had to share both versions here with you! 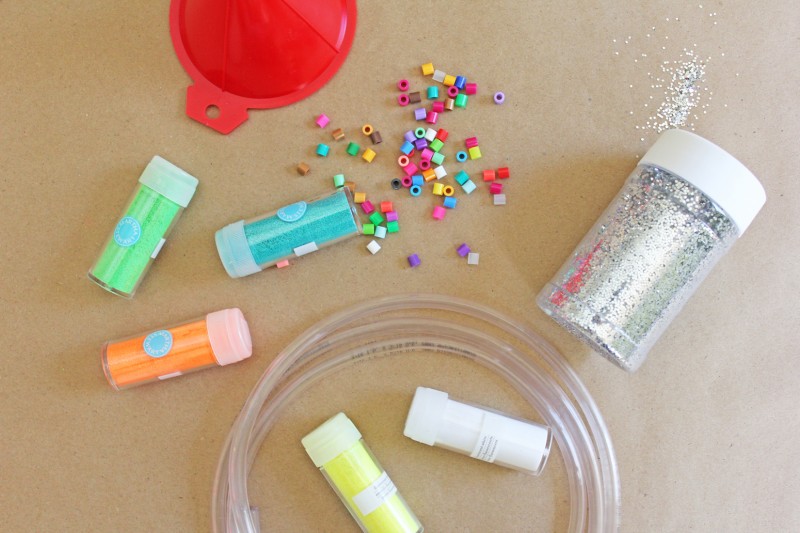 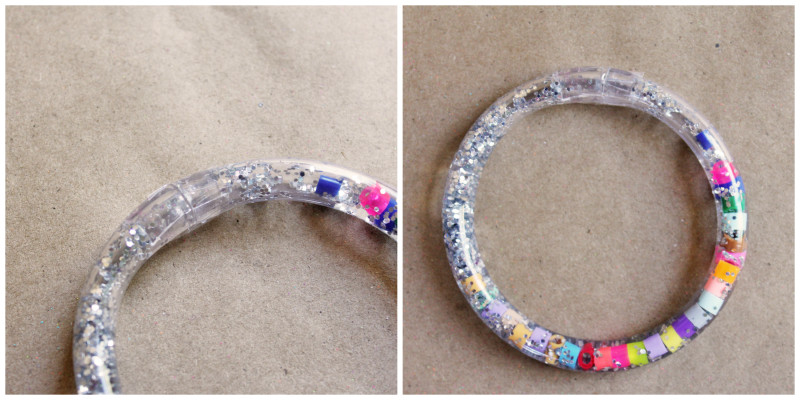 *Plug Alternative Cut a small piece (1/2″ to 1″) of the same sized tubing you are using for the bracelet to act as the plug. Now cut a slit down the length of this piece. Curl the tubing in on itself until it fits within the longer section of tubing. If it still doesn’t fit, cut about an 1/8″ off the entire length of the tubing, then curl it in and insert. IMPORTANT You want this to be super snug so that it doesn’t leak, so do you darnedest to squeeze it in there! 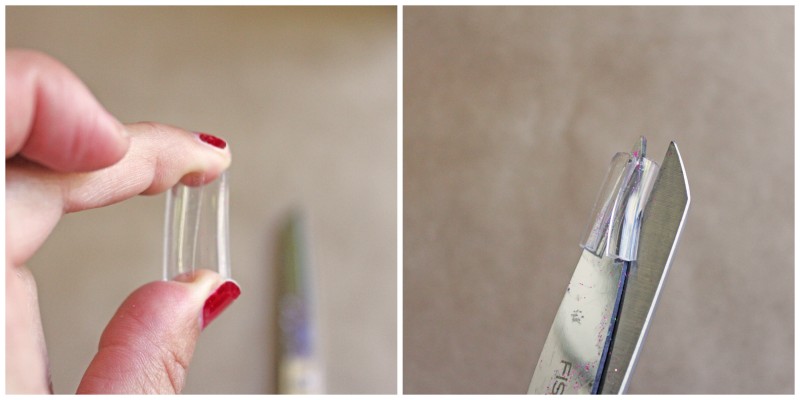 You’re done! When you rotate the bracelet, the glitter and beads will float around the tubing. For fun variations add soap and or food coloring to the tube before sealing.

Our glitter tube bracelets are a simple way to illustrate density. The glitter floats freely around the tube because it is less dense and flat. It’s shape and density make it easy for the water to push it around the tube.  The beads are denser and have a hole in the center so they are harder for the water to push through the tube. If the beads and glitter were the same size you’d have the perfect science illustration BUT this is good for starters

This project illustrates tolerances. When engineers design products, they consider tolerances i.e  how precise a measurement must be in order for the product to work properly. Smaller products must be must be built very precisely.I n the case of these glitter bracelets, if your plug’s outer diameter does not match the bracelet tubing’s inner diameter precisely you will have a watery mess when out try to close the bracelets up!

Okay so now that you’ve tackled the STEAM version of this project, ready to tackle the fancy one? 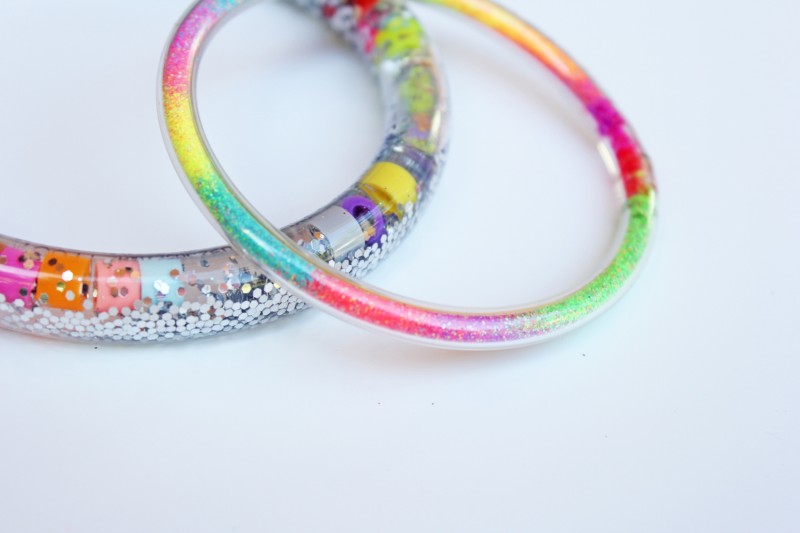 The main difference between this version and the last is that you will not be adding water. The smaller tubing is hard to fill and it only takes a small amount of glitter to completely fill these tubes. So just make them pretty!

You’re done! You don’t really need to tape around the connection point unless you feel the tubing is going to come apart. The tape detracts from the design so use it only when necessary. 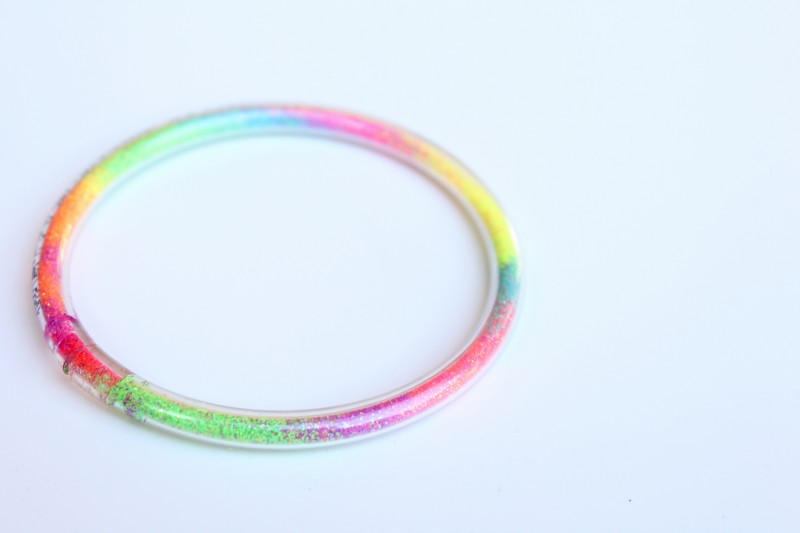 These are really sweet! I bet they could also be made with colored sand or colored salt….I have to admit though, my daughter was more interested in dumping out glitter on the table and herself than into the funnel, though I did get a few good shots before the chaos ensued! 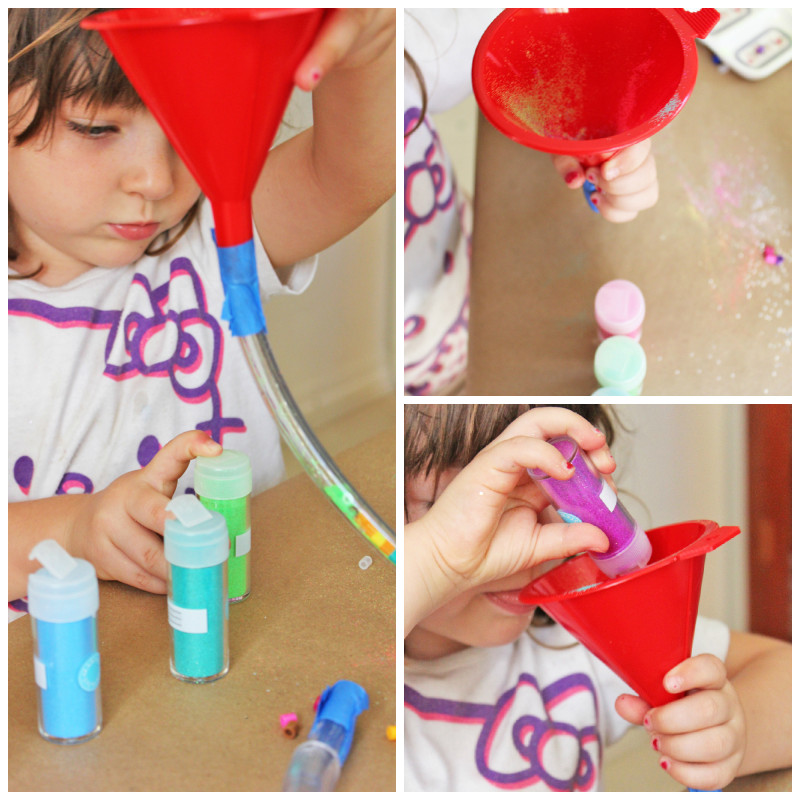 The good news is Miss Clara loved the results. She was seen wearing all the bracelets around our house at one point! 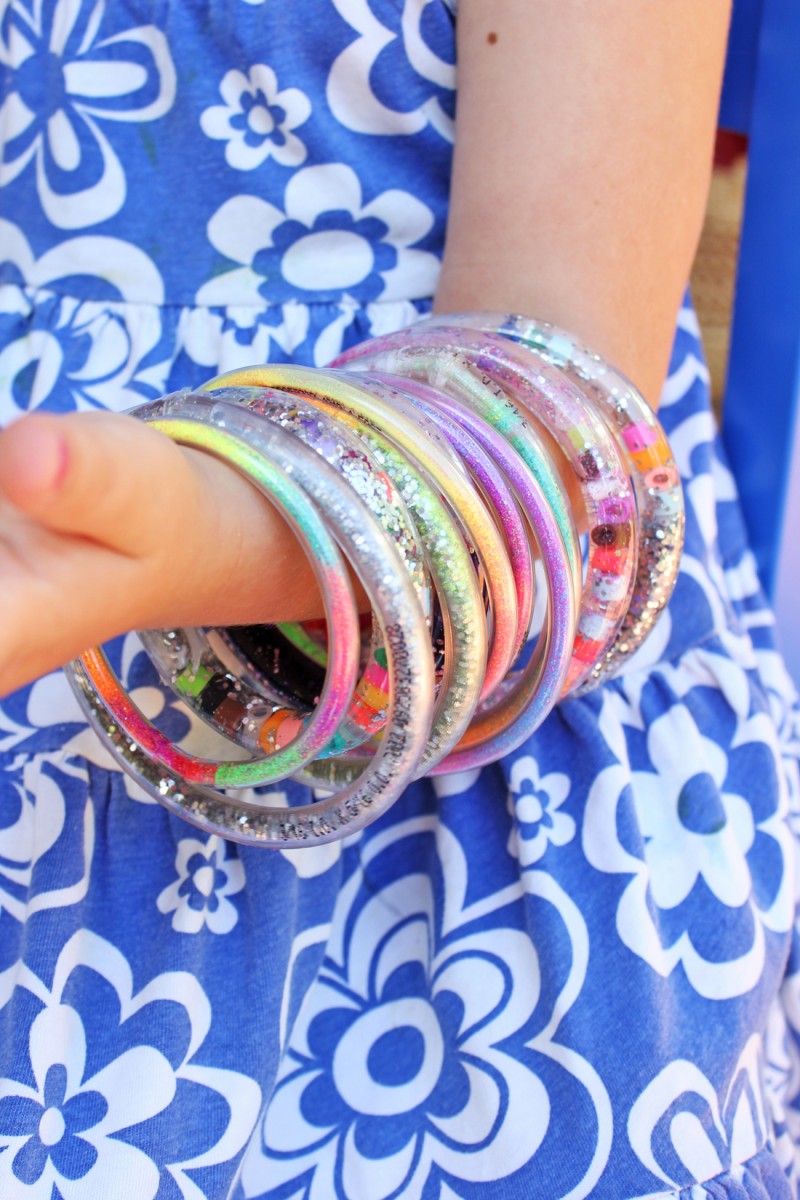 So there you have it, two versions of glitter tube bracelets, a fun craft and science project for kids. I’ve got a few more alternatives I want to try and will share here in the future!