You are here: Home / Science for Kids / How to Do the Classic Layered Liquids Science Project
59 shares

The classic science experiment is called Layered Liquids. The premise is simple, heavy liquids sink and lighter ones float, and you can magically “layer” them. This is all due to the different densities of the liquids. 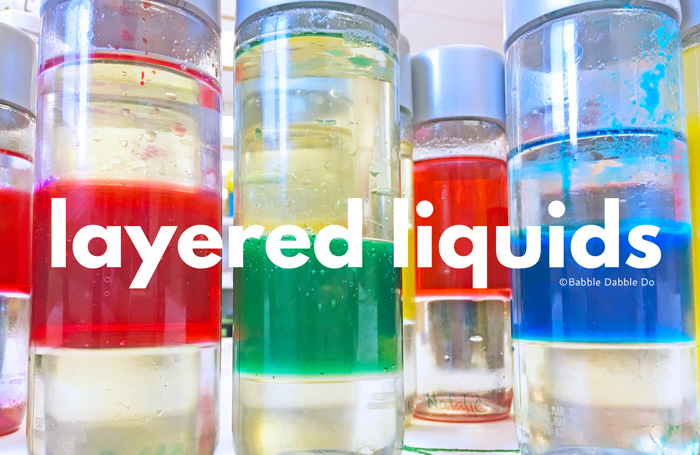 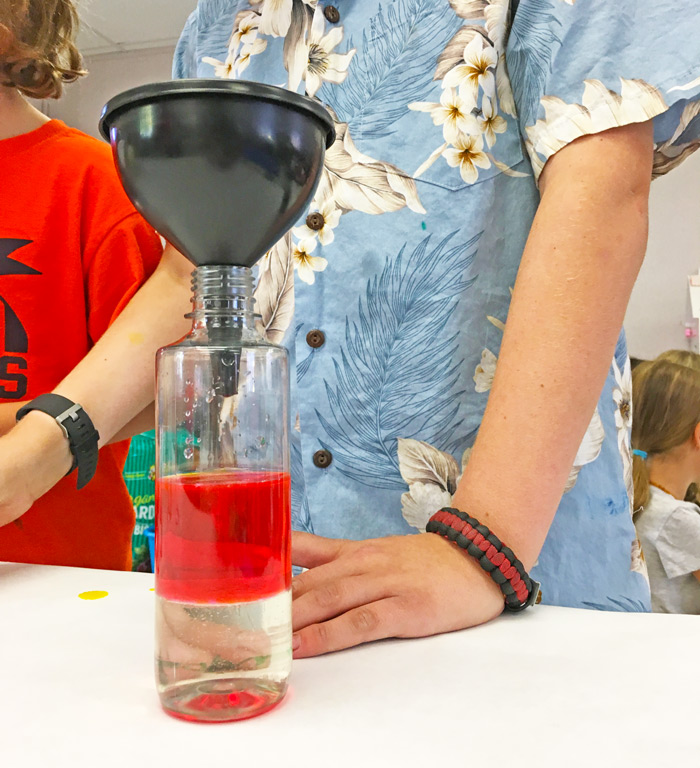 Turn it into a Lava Lamp:

Leave a little room at the top of your bottle/jar. Add in a tab of Alka Seltzer. Watch it create bubbles and movement in your “lava lamp.”

Another option for creating a “lava lamp” is to simply add salt. Since salt adds a bubbly gooey element when mixed with oil I let the kids put spoonfuls of kosher salt into the jars. It briefly created some lava lamp like bubble magic then sank to the bottom to form a sticky syrup/salt concoction. The Science Behind Layered Liquids

Layered liquids showcases the concept of density. In fact this project is also often described as a density tower.

Density is defined as the mass per unit of volume of a substance. Mass is the amount of matter in an object or liquid. Density describes how heavy and close together the particles in a substance are.

Let’s take the example of water and oil. Both are liquids but both have very different densities.  Water molecules are very closely packed while oil has more loosely packed molecules. For this reason water is heavier than oil and sinks below oil. If you combine liquids of different densities in a jar and shake them they will temporarily mingle. Allow the liquids to settle and they will naturally separate according to their density with some liquids sinking and others floating.

We made a more elaborate version of the layered liquids experiment  (and it glows) here: Glow in the Dark Density Tower 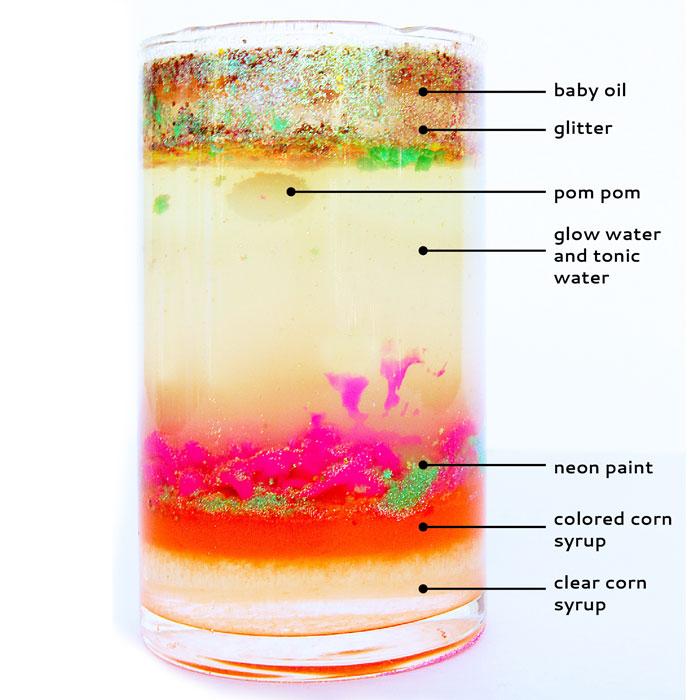 To see more projects featuring the magic of density check out our discovery tubes and totally tubular bracelets projects:

Share This
59 shares
We use cookies to ensure that we give you the best experience on our website. If you continue to use this site we will assume that you are happy with it.OkRead more