Today we’re going old school, really old school….Yes before we used these things called “cell phones” and even before those other things called “telephones” were invented, there was a super simple way of speaking to someone over distance (mind you not more than 300 feet) and no it’s not yelling, we’re talking about a Voicepipe. Also know as speaking tubes, voicepipes were used on ships and in wealthy homes/offices in the 19th century to communicate. You still see them on playgrounds, they are those funnel looking things my kids always ask about….but I digress….did you know you can make your own voicepipe in about 2 minutes flat using a c couple items from the hardware store? 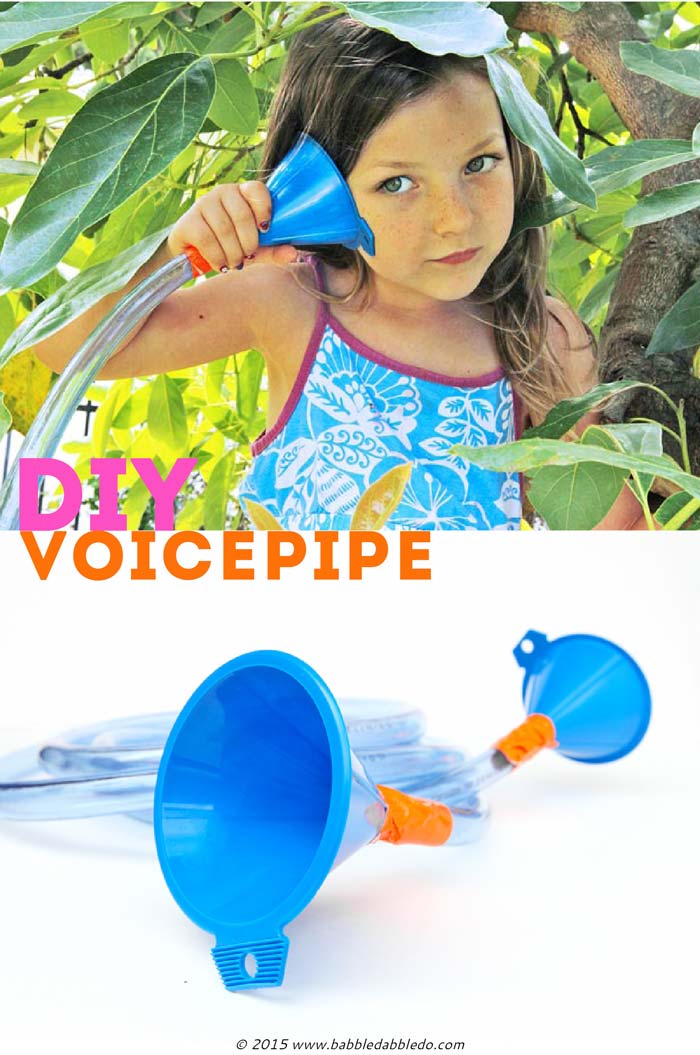 This project is part of the STEAM summer camp series exploring different senses. Today’s topic and the final in the series is HEARING and this project immediately came to mind. You see I am a bit of a tubing fanatic. I love projects with clear tubing, it’s one of those materials that just speaks to me…pun intended….and a couple months go we discovered that wide tubing transmits sound really well. So well, in fact you can hear someone breathing or whispering on the other end. On top of being a fun way to learn about how sound is transmitted, this project is also ridiculously easy to make. In fact I tried to complicate in some way but just couldn’t do it ….ha!

Note: Do not use tubing with a small inner diameter. IT WON’T WORK!  I’ll talk about why later in this post. 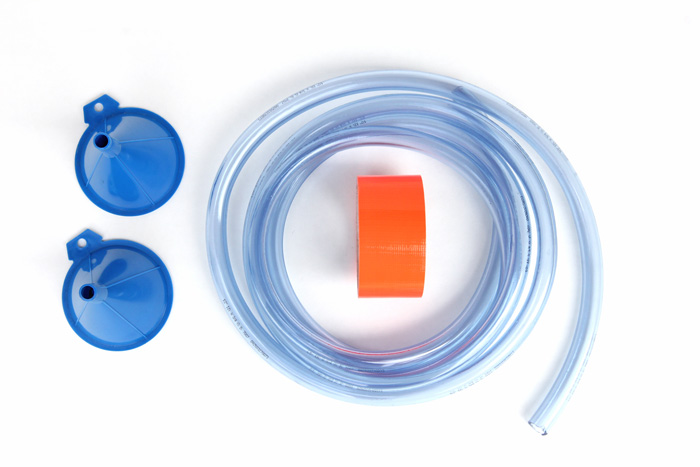 The best thing to do is use tubing whose inner diameter matches the diameter of the funnel end. Then everything just snaps together.

I don’t know that you really need instructions on this one but….

A little science behind speaking tubes

Sound is the vibration of air particles. When you speak, your voice causes the air particles around your mouth to vibrate and that causes a wave effect on the air particles nearby, transmitting the sound of your voice over distance. Eventually the wave runs out of energy and the sound can no longer be heard. Voicepipes concentrate the sound waves and cause them to be heard at longer distances than you would hear without using them. They also block outside sounds from disturbing what you are hearing.

An interesting principle when using a voicetube is the impedance of the tube. In plain speak, if the tube is too small it will absorb the sound rather than transmit it. To avoid any impedance you need to use tubing with a larg inner diameter. Trust me we learned this the hard way! I originally tried this experiment with irrigation tubing because it’s long and inexpensive, but it didn’t work at all. Now I know why! 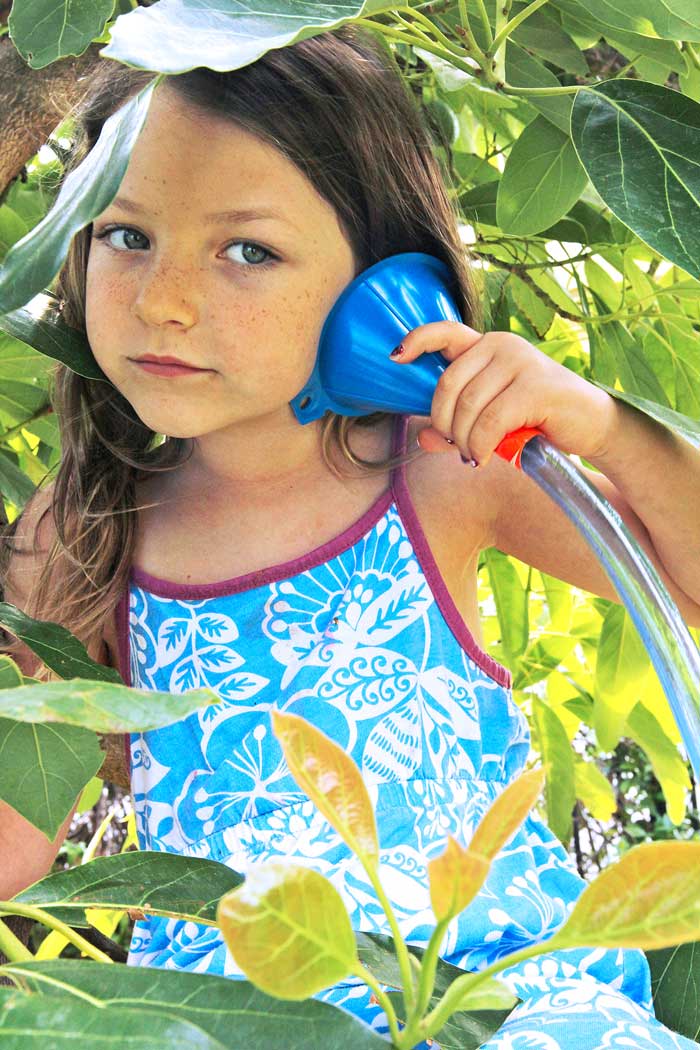 Alexander Graham Bell. Let’s talk telephones. Certainly voicepipes were great for communicating within a home or ship but would never be a viable way to transmit sound over very long distances. Scientists and inventors in the mid 1800’s  knew that being able to transmit voice over long distances using wire, much like telegraph machines did, was the next step in long distance communication and the race to invent the telephone began. Alexander Graham Bell was a scientist who studied sound and worked with the deaf, in fact his mother and wife were both deaf. In the late 1800’s he started working on the idea of a harmonic telegraph with the help of assistant Thomas A Watson. In 1876 they were able to communicate from separate rooms using the invention, famously Bell said, “Mr. Watson, Come here,  I want to see you”, thus marking history as the very  first telephone call. Interestingly enough an inventor named Elisha Gray was also working on a similar invention at the time and there is some controversy involved in the eventual awarding of the patent to Bell. This controversy is the stuff movies are made of and you can read it here.  Another fun fact about Mr. Bell is that he considered the telephone to be an intrusion on his scientific exploits and refused to have one in his office!

Playing around with a voicepipe is a great way to talk about how sound transmission works and the humble beginnings of the one device most of us can’t live without, our phones! P.S. If you have a  treehouse these would be an awesome way to communicate from the ground up! 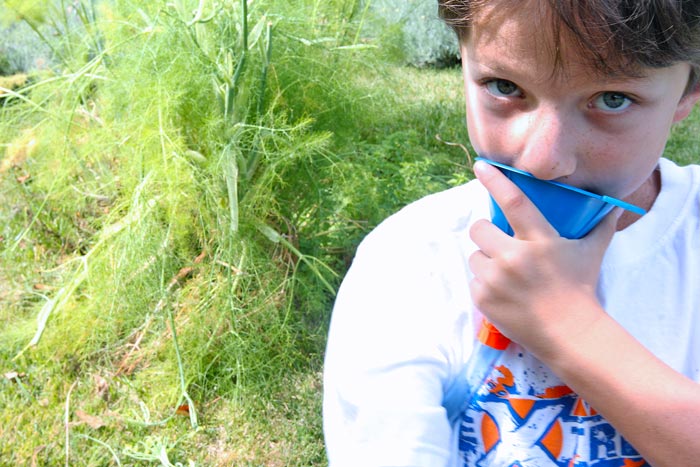 Are you ready for more amazing STEAM projects and our virtual STEAM summer camp?

What Do We Do All Day Twirling Buzzing Noise Maker

One Time Through  How to Learn from a Failed Experiment

Frugal Fun For Boys  Salt Vibrations:  Sound You Can SEE! 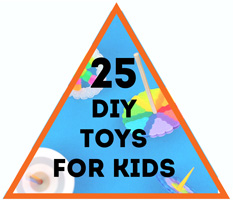 Subscribe via email and check out our FB page where I share tons more creative ideas and resources from around the web.