Learn about chain reactions as well as potential and kinetic energy in this “explosive” STEAM project! I’m back today with another project in our collaborative series STEAM POWER: Empowering kids to explore the world through creative projects. Today’s topic is REACT and we are making STIXPLOSIONS! 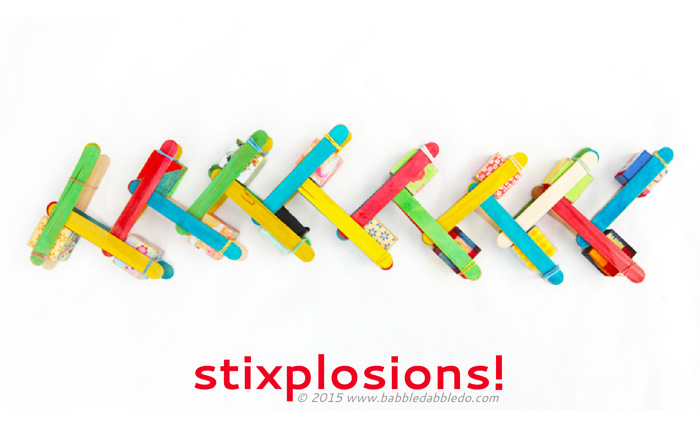 REACT can mean so many things; it’s a term often used in chemistry, but we decided to explore chain reactions for today’s project. A chain reaction is a process in which putting certain items together promotes the spread of the reaction. It can also refer to a series of events that start in one place and each build upon the previous event. The easiest example is falling dominoes. I have wanted to try some chain reaction projects ever since I saw this video. Impressive right? 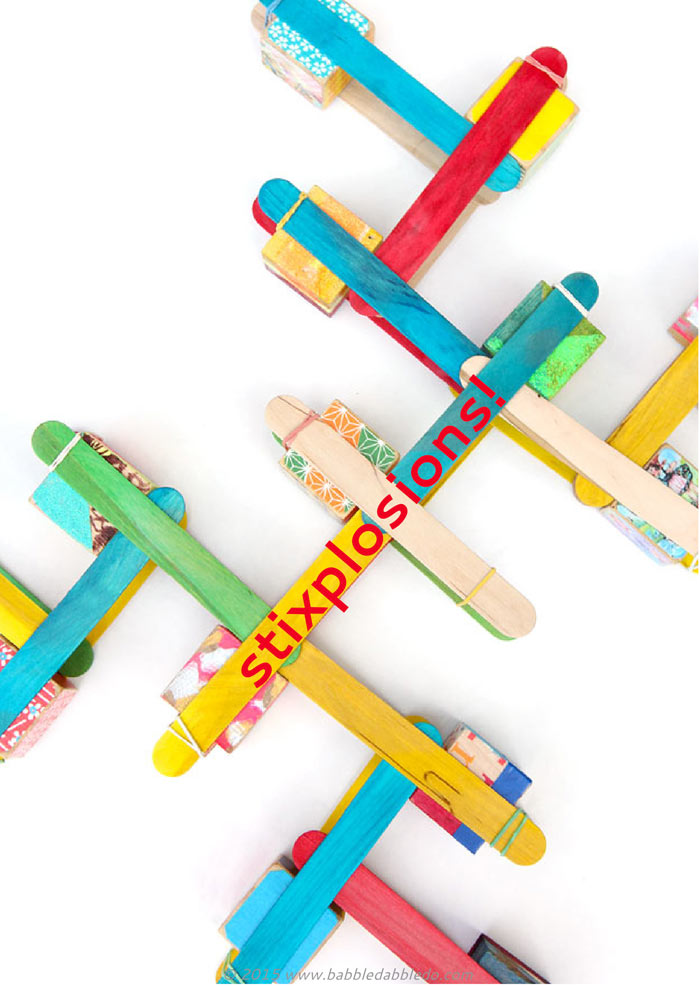 There are many types of chain reactions and after weighing my family’s attention span with the “wow” factor of the project, I decided to try one of the easiest chain reactions to set-up: Clever Levers or as I call it Stixplosions! My daughter went nuts for this project. We tried it one night and she woke up the next day asking to make more.

GREAT CHAIN REACTION STARTING PROJECT Clever Levers take a minimal amount of time to set-up and give you a quick powerful “explosion”. They are easy for one person to set-up and are simple enough for kids to make themselves, some of the other popsicle stick reactions require a lot of dexterity and patience when assembling. Clever Levers utilize the stored energy in both popsicle sticks and rubber bands. We’ll tell you all about potential energy and kinetic energy later in this post. This is also a fantastic resource to get you started with stick bombs. 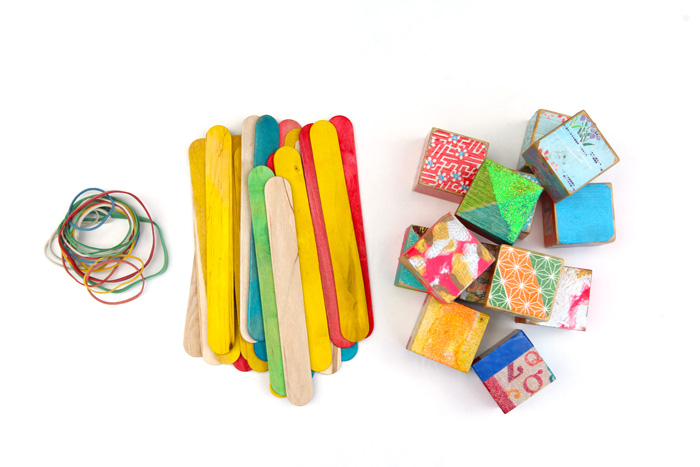 How much time do you have to invest? The stixplosions shown in the video take about 5 minutes to set-up.

Boom! The sticks go flying! It’s fast! This is a fun project to try and film with your phone and then slow down the footage. The popsicle sticks are like action heroes falling to the wayside in the midst of big explosions. Can you tell I like MacGyver? 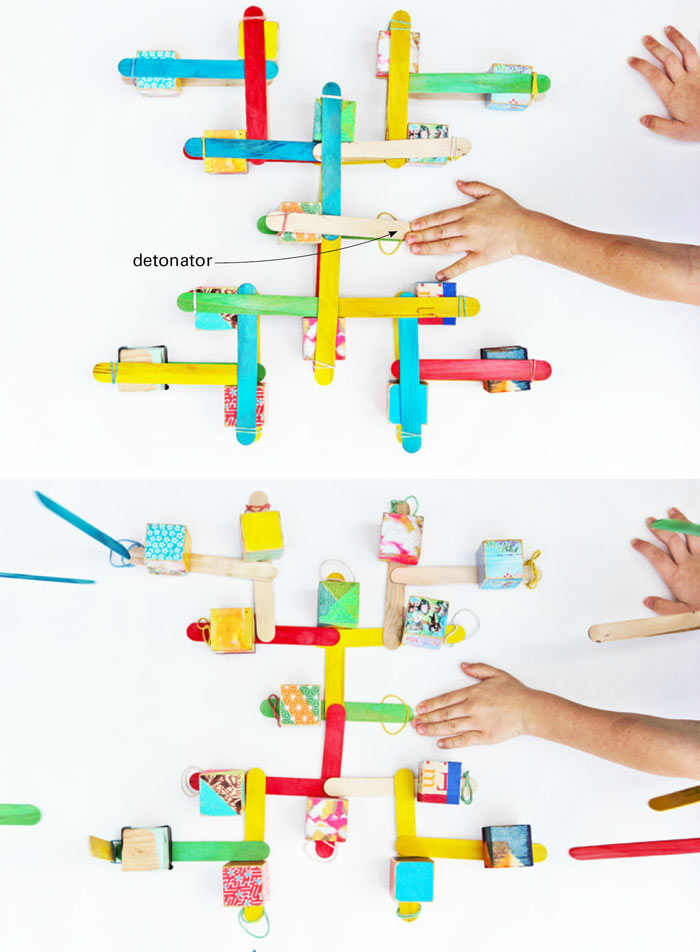 There are lots of variations and factors you can play around with to see if you can get different reactions. Here are few to try: 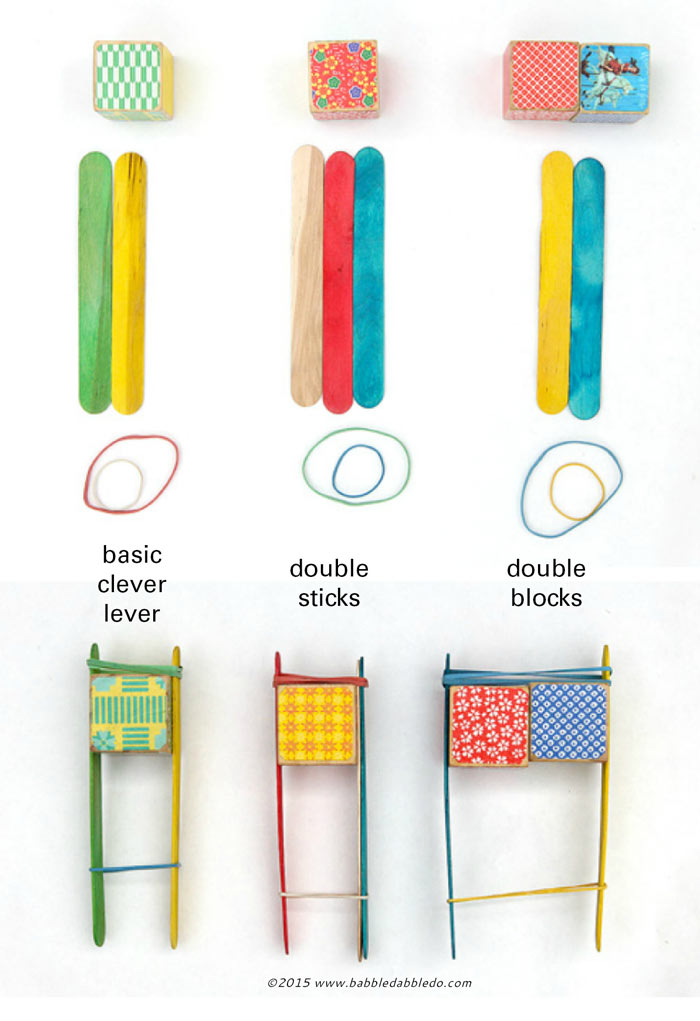 Chain reactions When the first clever lever explodes it pushes on the sticks in the next lever and each subsequent lever does the same thing, creating a chain reaction. It’s a very fast! 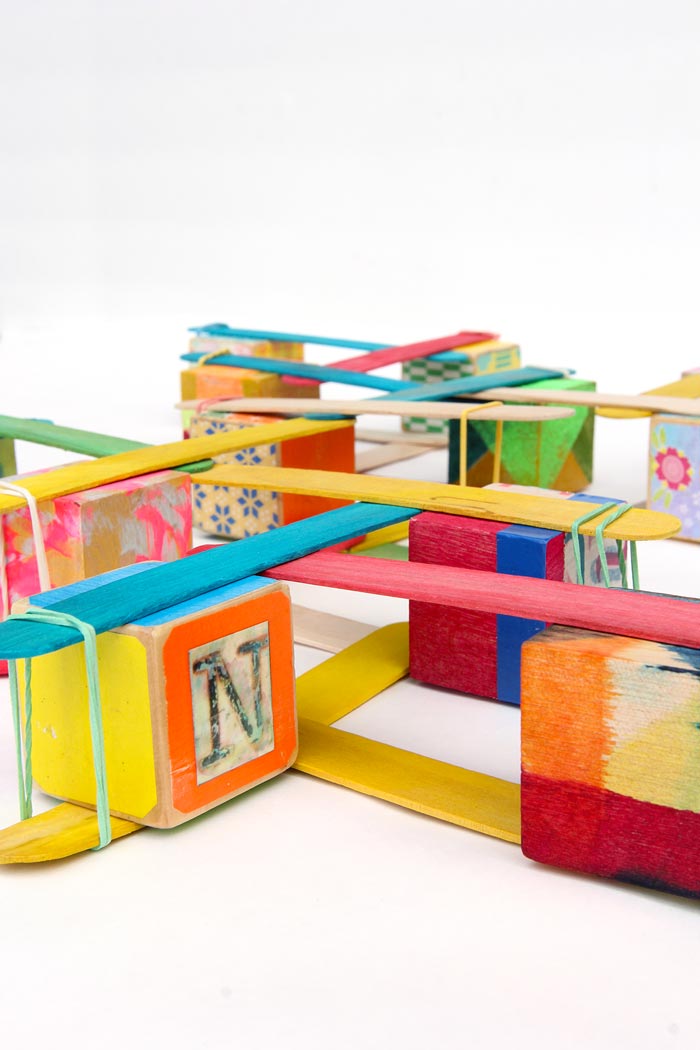 Tim Fort. Tim Fort is an American maker/artist who pretty much is the expert on stick bombs. He has written a fabulous article on the history of stick bombs you can see here. He creates huge installations of chain reactions for art installations and his work falls into the category of Kinetic art. Kinetic art is art that relies on motion for its effect, think of mobiles and moving sculptures. Painters like Jackson Pollock are considered kinetic painters because they applied paint in an action based method rather than a deliberate planned application.

If you are salivating to try more chain reaction projects you should definitely see some of Tim Fort’s videos for inspiration.

Ready for more reactions? My fellow bloggers have done a wide variety of REACTIONS project you have to check out!

Hop over and see these posts:

Glowing Hands – All for the Boys

Inertia Zoom Ball – What Do We Do All Day

To see more posts in our STEAM Powered series hop over here: